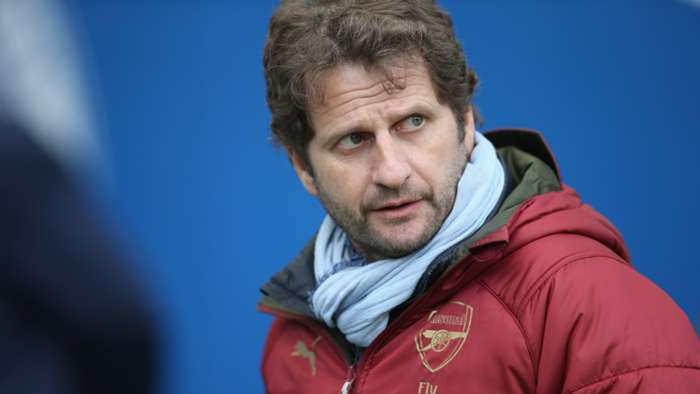 Manchester City and Chelsea have stolen a great deal of the spotlight in the build-up to the new Women’s Super League season – and Arsenal boss Joe Montemurro is quite happy with that.

Meanwhile, Arsenal’s business has perhaps been a little more muted, building on a squad that has proven itself to be one of the best in the country, leaving them out of the conversation for some when it comes to this year’s WSL title.

Asked whether it feels like the attention is elsewhere, Montemurro, who won the league with Arsenal in 2018-19 after joining the club in 2017, said: “I think if I was to be brutally honest, I think the hype has been around City and Chelsea ever since I've been here.

“I'm quite happy for Arsenal to be, you know, doing what we do. We know what we're doing. We know where we're heading.

“I can't comment about what other clubs’ policies and strategies are. As far as I'm concerned, we're very comfortable in where we're heading, what we can do within the means that we've got.

“It's important for us that we just uphold this brand and make sure that we play our style.

“We believe in what we're trying to do and definitely there is more a feeling or more of a hype from Chelsea and City.”

Realistically, to write off a squad of this quality would be ridiculous.

On Sunday, Arsenal have a chance to show people they mean business when they take on a Reading side well-established in the top half of the table, a side that harbour ambitions of challenging for the top three this year.

It’s also a chance to bounce back from their Champions League quarter-final defeat to Paris Saint-Germain last month, in which Montemurro was disappointed that the Gunners “didn’t stick to their way” of playing.

“We lost our identity and that's keeping the ball,” he added.

New signing Lydia Williams, Australia’s No.1 goalkeeper, will be missing due to an ankle injury, while centre-back Jen Beattie is touch-and-go with a back injury.

The latter is an absence that could leave the team a little short in the centre of defence, but Montemurro says he is confident in the versatility in his squad to cover for the Scot, without him having to dip back into the market before the transfer window closes.

“We are quite happy with the scenario at the moment,” he said.

Malin Gut, a midfielder, and Steph Catley, a left-back, are two of Montemurro’s summer signings who are comfortable playing in the position, with his other recruit during the window being full-back Noelle Maritz.

With forward Caitlin Foord having joined just before the Covid-19 pandemic suspended all football in England, she too can act as something of a new signing going into the new season.

Only Williams is ruled out of making a WSL debut this weekend as Arsenal look to start the season with a bang.

“We try to make a statement every time we step out on the field,” Montemurro added.

“As Arsenal, we try to play our style of football and we try to make sure that we represent the club in the best way possible.