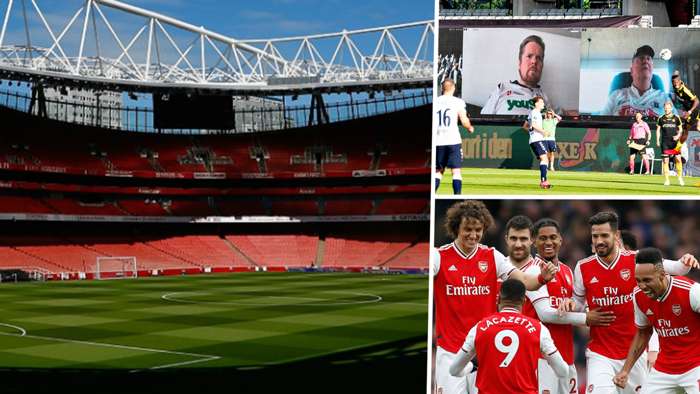 Arsenal have confirmed that they plan to allow supporters back into the Emirates Stadium in October, identifying the Premier League fixture against Sheffield United as the possible starting point.

Fans in England's top flight have been stopped from being able to attend matches amid the fight to contain the outbreak of coronavirus.

Indeed, supporters haven't been allowed into stadiums since March, with the Premier League resuming on June 17 after a three-month hiatus with all matches being played behind closed doors.

However, plans are afoot to steadily begin allowing fans back in, with Brighton's 1-1 friendly draw with Chelsea on August 29 acting as a trial that saw2,500 supportersattendthe fixture at the Amex Stadium.

The Premier League's CEO Richard Masters said of the trial: "Brighton andHove Albion did a fantastic job at their test event for the return of supporters and it was great to see fans in a Premier League stadium for the first time since March.

"The success of having 2,500 supporters in the Amex was very encouraging and we are committed to having full stadia as soon as possible, with safety always our priority. We are working hard alongside our clubs, the government and the safety authorities to achieve this."

The last match at the Emirates Stadium with fans in attendance was the Gunners' 1-0 win over West Ham on March 7, andthe north Londoners have now announced that they are targeting their second home fixture of the 2020-21 season to start allowingspectators to return.

A statement on the club's official website read: "Although our home fixture against West Ham United on Sunday,September20 will be played behind closed doors, based on the current UK government guidelineswe hope to be able to welcome supporters back to Emirates Stadium on a reduced capacity basis from the Sheffield United game scheduled for Saturday,October 3.

"The capacity at Emirates Stadium will initially be much reduced due to government guidelines, Premier League directives and our responsibility to apply appropriate social distancing measures to ensure our fans can return as safely as possible.

Arkadiusz Milik is edging closer to a January exit from Napoli, Goal can reve...
More