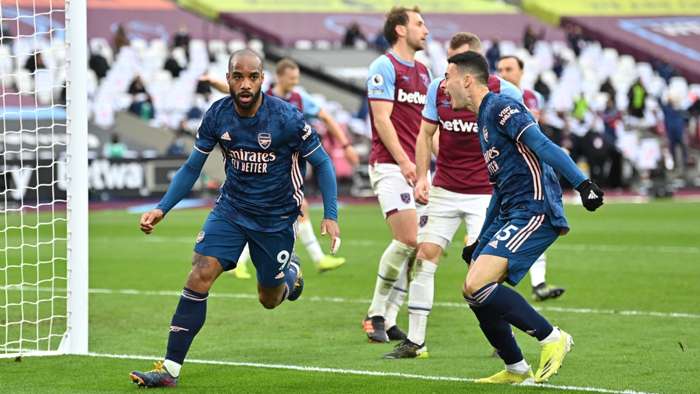 Arsenal will be looking to take the upper hand in their Europa League quarter-final clash with Slavia Prague when the sides meet at the Emirates Stadium on Thursday.

The Gunners come into this game on the back of a humbling 3-0 defeat at home to Liverpool last weekend, their third match without a win in all competitions.

Nevertheless, they are clear 11/20 (1.55) favourites with bet365 to put themselves on top in this tie with a fifth win in five Europa League matches at home this season.

However, Jindrich Trpisovskys team has knocked out Leicester City and Rangers in their last two knockout stage ties and can be backed at 5/1 (6.00) to upset another British opponent by coming out on top here.

Just one of the hosts’ 10 matches in this season’s competition has resulted in a draw, but you can get odds of 16/5 (4.20) on them being held to a stalemate in this one.

Arsenal trio Granit Xhaka, Bukayo Saka and Emile Smith Rowe are all back in training following injury, although Kieran Tierney and David Luiz are both ruled out.

Ondrej Kudela has been suspended as UEFA investigate his alleged racist abuse of Rangers’ Glen Kamara, while Ondrej Kolar and David Hovorka are both injured and Ibrahim Traore doubtful.

After scoring 14 goals in their first four home matches in this season’s Europa League, Mikel Arteta’s men seemed to lose their cutting edge in a 1-0 defeat at home to Olympiakos last time out.

Having also looked completely bereft of attacking impetus in their subsequent home match against Liverpool at the weekend, they will be concerned about the prospect of taking on a Czech side that has proved a tough nut to crack in the knockout stages.

Indeed, Slaviaconceded just a single goal in four fixtures against Leicester and Rangers, keeping a clean sheet in both away legs.

Coming into this clash on the back of four successive clean sheets in all competitions, they look well worth the 10/11 (1.91) price to ensure under 2.5 goals for a fifth Europa League game in a row when they face a struggling Arsenal side.