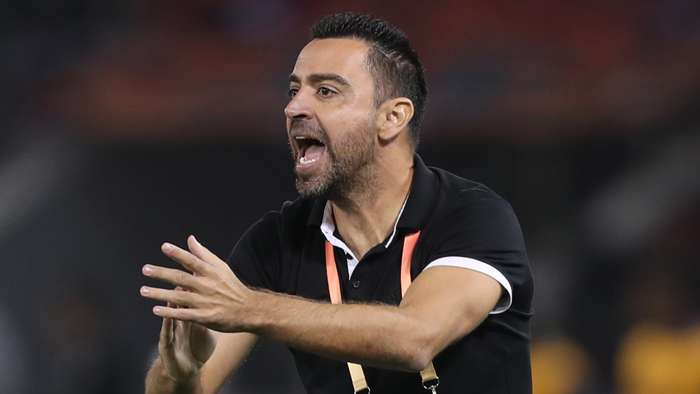 Barcelona presidential candidate Victor Font says he wants Xavi to run his "sporting project", but also insists that Ronaldo Koeman could stay as the club's permanent manager if he is elected.

Font will be running against current Camp Nou chief Josep Maria Bartomeu at the club's presidential elections, which are due to take place in March2021.

He outlined plans for his long-term project at Barca during an interview with Cadena Ser last month, admitting that he would look to replace newly appointed head coach Koeman with a club legend.

"If I am president,Koemanwill not be thecoach. Xavi understands that all the pieces of the club have to fit together," said Font. "A board of directors that lets whoever leads the sports project do his work, which in our case would be him.”

However, Font has now asserted that hiscomments were misunderstood, claiming that he envisages Xavi havinga key role to play behind the scenes rather than in the dugout.

“It was taken out of context,” the Spanish businessman told talkSPORT when quizzed on his original remarks. “What I said was that in the last seven years we have been working on designing a project, a project that has many different pieces, and obviously the sports organisation is a very relevant part of that complex puzzle.

“We’ve been working on what the sports organisation would look like with the leadership of Xavi Hernandez, and what I said is, if we have the honour of being chosen by the members and we become the board of the club, we would like to implement the project we’ve been working on.

“Xavi as the leader of the sports organisation would be making the decision of how to handle the situation of Koeman, and I’m sure that if Koeman does well Xavi will take care of that in the right way.”

Barca approached Xavi over inheriting the managerial reins at Camp Nou in January, following the sacking of Ernesto Valverde, but the job went to Quique Setien when the 40-year-old rejected his old club's advances.

The former Spain international, who currently serves as Al Sadd's head coach in Qatar, opened up on his decisionearlier this summer, hinting at a potential returnto Catalonia after the next set of elections.