Bayern want Alaba to stay but he has to make a decision, says club chairman Rummenigge
Match

Bayern want Alaba to stay but he has to make a decision, says club chairman Rummenigge 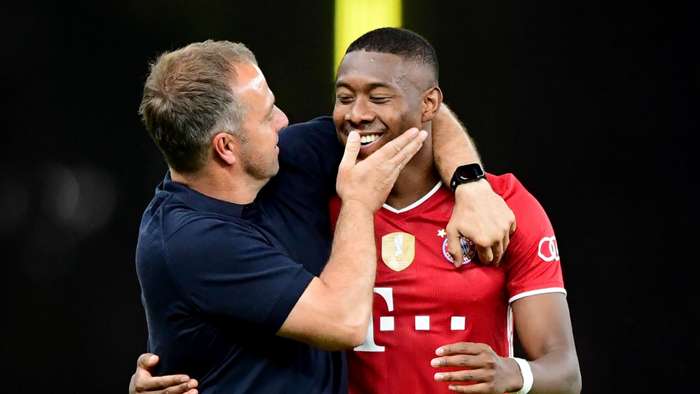 Bayern Munich chairman Karl-Heinz Rummenigge insists that the European champions want David Alaba to stay at the club beyond the end of his current deal, which is set to expire at the end of the 2020-21 season.

Bayern's most recent offer came with a deadline, as revealed by sporting director Hasan Salihamidzic, but the deal was not accepted and the club official stated his belief that the Austria international would be moving on at the end of the current campaign.

Rummenigge, meanwhile, maintains that negotiations remain cordial and is hopeful the defender will remain at the Allianz Arena for the foreseeable future.

“I don't know if Alaba will leave,” the 65-year-old told Sport Bild. “We had a meeting two weeks ago with his father George and his advisor Pini Zahavi. The conversation was okay, the atmosphere was alright.

“But I have to say, we've been going in circles for months. At some point we have to start planning for the new season. We have to know: Will David stay with FC Bayern or not? A decision is important to us at this point.”

Reports claim the 28-year-old has been offered a five-year deal at €11 million per season, plus bonuses, and Rummenigge has called for players to consider the economic impact of the Covid-19 pandemic during negotiations over wages.

“Especially right now, with the coronavirus, players have to develop an understanding for the clubs,” he said. “We've lost a lot of money, we haven't had a spectator in the stadium for eight months. We're living with the threat of losses in the three-digit million range.

“I believe that players would be well advised to stay at a club if they feel comfortable there and, such as in David's case, are celebrating great successes. I think we all think the same thing here at the club: We all want David to stay. He's a wonderful person and a top player.