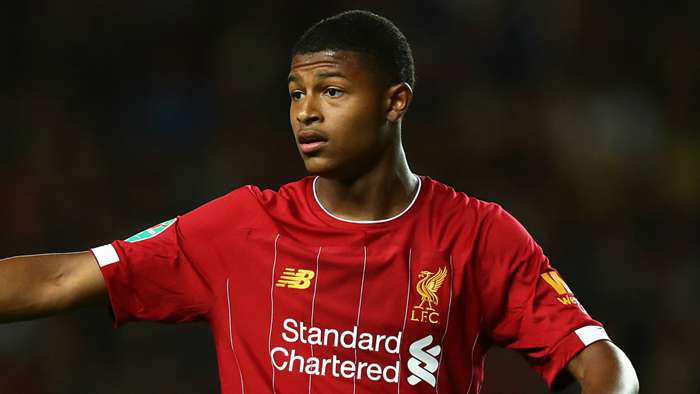 Liverpool,Goalhas learned, will receive an initial fee of around £18m ($23m) with the rest due in performance-related add-ons. The Reds have also secured a 15 per cent sell-on clause and, crucially, a buy-back option which will be in operation for the next three years, enabling them to re-sign the player for an agreed price.

Brewster has always been highly rated at Anfield since signing from Chelsea in 2015. A World Cup winner at U17 level with England in 2017, he was tipped for big things before a serious knee and ankle injury, sustained playing for Liverpool’s U23s against Manchester City in January 2018, curtailed his progress.

He is yet to make a Premier League appearance for the Reds as a result, although he has featured four times in domestic cup competitions. He was an unused substitute in the 2019 Champions League final win over Tottenham.

In January, he joined Championship side Swansea on loanand impressed, scoring 11 goals in 22 appearances to help the Welsh club reach the play-offswhere they were beaten by Brentford.

Liverpool had initially felt another loan would be most beneficial to Brewster this summer, and fielded enquiries from more than half-a-dozen Premier League clubs as well as several in the Championship.

However, as the weeks progressed, and with Brewster making it clear that first-team football was his priority, the decision was taken to pursue a different kind of deal which sources describe as “an enhanced loan”, similar to the one Liverpool agreed with Bournemouth for Dominic Solanke in 2019.

It means the player gets the chance to go and play, with Liverpool keeping a close eye on their development in the meantime, knowing they have first refusal to bring them back to Merseyside should they wish.

Although such a scenario would appear unlikely -Jurgen Klopp has Mohamed Salah, Sadio Mane, Roberto Firmino, Diogo Jota and Takumi Minamino competing for forward positions, as well as Divock Origi and 17-year-old Harvey Elliott -Brewster is understood to be enthused about a move to Sheffield United.

He will become the club’s record signing and, he hopes, a key figure in a side which has made a slow start to the new Premier League season.

Liverpool will look to offload at least two more fringe players before Monday’s transfer deadline. Xherdan Shaqiri was left out of the squad to face Arsenal in the Carabao Cup amid interest from elsewhere.Goalunderstands at least two clubs have contacted the player’s representatives about a potential move, with Liverpool hoping to net close to £20m (£15m) for the Swiss star.