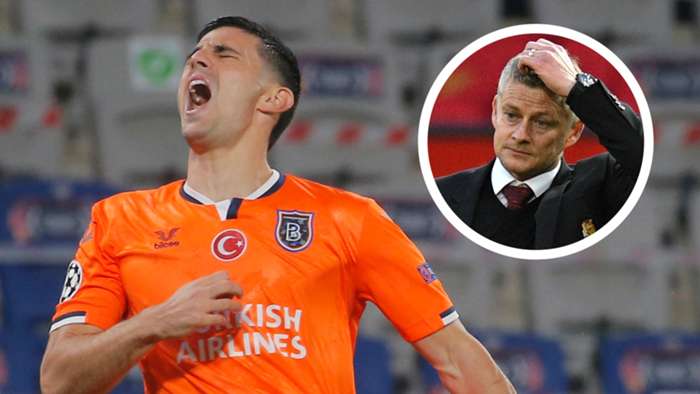 The notion of a club's success being 'plastic' or 'fake' is nothing new in European football.

No more, however, has that become apparent than in Turkey.

Since the Turkish Super Lig was created in 1959, the three superpowers of Istanbul football have dominated the landscape, with Galatasaray, Fenerbahce and Besiktas claiming 54 of the 62 available league titles.

Only three clubs have ever been able to take the trophy away from them. Trabzonspor did so on six occasions during their golden period in the late 1970s and early 1980s while Bursaspor shocked the country when they claimed the silverware in 2010.

And while neither side were able to sustain their success, the third team to take the title away from the 'Big Three' might be able to continue challenging for years to come, even if fans from around the country are feeling a little uncomfortable at that prospect.

Istanbul Basaksehir's Super Lig triumph last season marked the end of the first chapter of the club's meteoric rise which has seen them go from being an almost unknown club outside of Turkey to a side capable of attracting world-renowned names that is now playing in the Champions League.

Having first been promoted to the top-flight in 2007-08 under the guise of Istanbul Buyuksehir Belediyespor, the club was bought in the summer of 2014 by new owners who have alleged connections to Turkish presidentRecep Tayyip Erdogan.

The team's name was changed to Basaksehir, and in the six years since they have never failed to finish outside the Super Lig's top-four positions while attracting such stars names as Robinho, Emmanuel Adebayor and Gael Clichy to represent them.

And while critics will point to the financial and political power that the new champions are able to wield as being the keys to their success, there is no question that on the field they are doing plenty right too.

The new hierarchy made very few changes to the club's coaching staff during their first five years at the helm before appointing Okan Buruk to replace Abdullah Avci ahead of the 2019-20 campaign.

Buruk took over a squad that, despite having been able to call upon the likes of Adebayor, Robinho and Demba Ba, was struggling to in the final third, and averaged just 1.4 goals in their final season under Avci.

The signing of Caen striker Enzo Crivelli, though, inspired them, and Buruk's decision to partner him with Ba up in turn helped free up Bosnian playmaker Edin Visca, with the trio eventually scoring over half of the club's 63 league goals.

The new coach also implemented a system that moved the team away from the possession-based style of Avci's latter years at the helm, instead insisting on a far more balanced approach when it came to launching attacks.

In 2018-19, Basaksehir led the league in terms of its total possession, controlling the ball for58 per cent of their games.

But under Buruk that figure dropped to 51%, meaning they were the champions with the lowest average possession sinceOptabegan recording such figures in 2014-15.

The test now is for Basaksehirto maintain their success domestically as well as translating it onto the European game as they aim to establish themselves on the continent.

The first part of that mission has not exactly gone to plan, with Buruk's side having failed to win any of their first four league games this season before stringing together three straight wins following the October international break.

In the Champions League, meanwhile, they were drawn into the 'Group of Death' alongside PSG, Leipzig and their opponents on Wednesday, Manchester United.

Though they are yet to pick up a point, their performance against PSG in particular has offered them some hope after they dominated for much of the first hour, only for Moise Kean to take advantage ofa lapse in concentration from a corner to score the first of his two goals on the night.

Despite the 2-0 defeat, the overall display from Buruk's side will give them confidence that they can trouble a United side that has shone in Europe but struggled for consistency overall so far this season.

The home side on Wednesday will have some familiar face to Premier League fans among their number, including Ba, ex-United full-back Rafael, former Liverpool defender Martin Skrtel and ex-Tottenham winger Nacer Chadli.