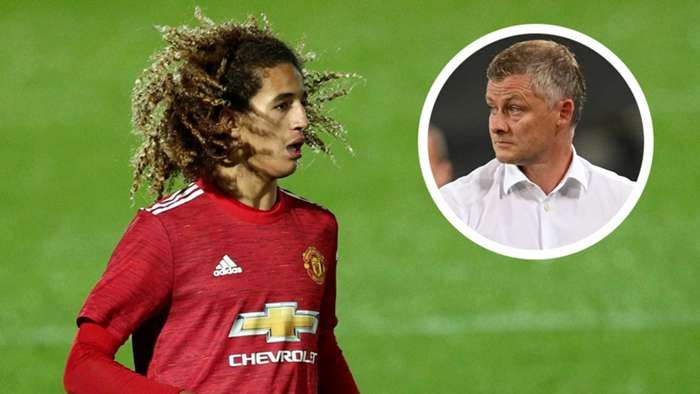 Manchester United always try to keep their most talented young players under wraps– not to createan air of mystery but to protect the player from the burden of expectation that comes with being tipped for the top.

Take Mason Greenwood, for example: he had already made his debut before he was given any media commitments and even then, it was in-house.

What the club wanted toavoid was comparisons toCristiano Ronaldo or talk of the teenager being United’s answer to Lionel Messi.

At academy and youth level, in particular, they keep the hype down. But for all the will in the word they’re finding it difficult to keep the spotlight off 17-year-old midfielder Hannibal Mejbri.

When the long-haired maestro arrived for a £10 million (€11m/$13m)fee aged only 16, he immediately piqued United fans’ interest.

After a few impressive displays in the club’s academy, some were calling for him to be promoted to the first team. The raw natural talent is there and, after a solid first season in England, it looks like the Frenchman is ready to push on again.

When he arrivedin Manchester from Monaco in the summer of 2019, he knew little English– aside from a handful of swear words. A year on, his English is said to be much improved and he has settled well into life in the north west.

He’s also made the step up from Under-18to U23 levelseamlessly. Coach Neil Wood has a very young side this term and, after just a handful of pre-season games and the opening fixture of the 2020-21 EFL Trophy, it is clear Mejbri is going to be a standout player.

His skill, movement and ability to read the game mean he is already an easy target for a late challenge or a cynical foul. He has increased his gym work since joining but he will have to up it again if he is to manage to brush off the challenges that are set to come his way.

Against Huddersfield in a pre-season friendly, he became frustrated at being targeted and was booked for retaliating with a foul of his own.

The referee had to have a word during United’s 6-0 EFL Trophy rout over Salford City on Wednesday, after the teenager got angry at being hacked down; the only way the opposition could deal with his threat.

His skills areundisputed;in the 18th minute, he took a touch inside the area before rifling ashot under the crossbar to give United the lead.

But while the goalscoring touch is there, do not be deceived by the No.9 he wore on his back against Huddersfield.

His creativity and vision benefit United’s midfield andhe can pull the strings in more of a playmakingrole. His precise passing saw him pick up two assists as United swept away Salfordat the Peninsula Stadium.

First, he delivered a perfectfree-kick which was headed in by Mark Helm. Then, he played alovely ball for Anthony Elanga to score United’s sixth and final goal.

“As much as he is a good player, there’s still a long way to go with Hannibal. He’s still got a lot of learning to do, a lot of improving,” Wood told reporters after the win against Salford. “He’s got great feet, great vision, he’s tenacious but there’s still work to be done with him.

"I wouldn’t get carried away and say he’s going to be in the first team. But he’s willing to work and willing to improve, he has a very good understanding of the game and what he needs to get better at as well. We’re going to keep working with him.”

With Donny Van de Beekbeing signed from Ajax,and Solskjaer having a plethora of options in midfield, it would be hasty and unnecessary to push Mejbri into the first team too soon.