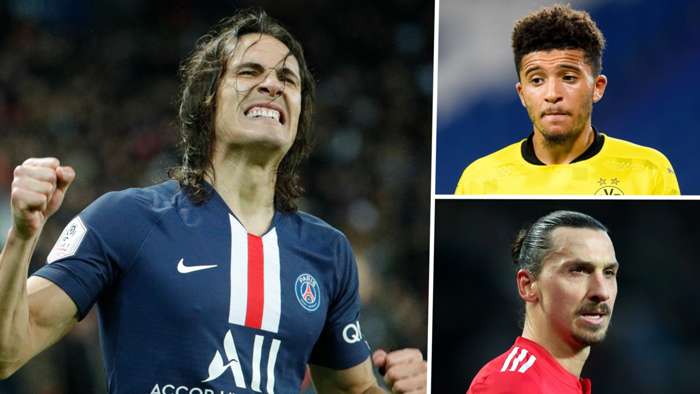 When Manchester United fans woke up on Monday to the hangover of their 6-1 defeat to Tottenham, the prospect of signing a 33-year-old centre-forward who has spent much of the coronavirus crisis at home in Uruguay sheering sheep and scything grass would not have been much of a tonic given their obvious defensive problems.

Released by Paris Saint-Germain at the end of his contract in June and unable to find an agreement with Benfica, who were very interested in signing him, the forward is not a signing who is going to transform all of the ills within Ole Gunnar Solskjaer’s side.

However, he is a player capable of at least providing some impetus to a team that has not found its way since finishing the 2019-20 campaign in the summer at such an impressive rate.

While United’s defensive troubles were made chronically evident by Harry Kane and Son Heung-Min, these are not the only problems in Solskjaer's XI.

Indeed, if they break too easily when placed under strain, they are incapable of having a similar effect on their opponents at the opposite end of the field. When the pace of their forward line is negated, they have too often been easily stifled, despite the wizardry of Bruno Fernandes.

The 116-time capped Uruguay star may not have been the name United supporters were dreaming of, but he can provide a more muscular presence at the forefront of their attack.He works solidly with his back to goal, is strong in the air and his movement is intelligent, often attracting multiple defenders, thereby granting more space to those around him.

“I’m a little atypical,” Cavani admitted in an interview with UEFA in 2017. “I really enjoy running and covering the central attacking zones.

“My strong points? My sense of anticipation, my physical strength and my finishing qualities in the last 30 metres.

“I don’t know. I don’t really like to talk about myself.”

Indeed, his overall contribution to the team’s cause is admirable. He spent three seasons for PSG playing out of position on the right wing due to the presence of Zlatan Ibrahimovic, who subsequently moved to Old Trafford, but did so in a thoroughly committed and uncomplaining fashion that made him one of the favourite figures of the Parc des Princes crowd.

When given his opportunity as starting centre-forward, he scored at the rate of around a goal a game, leaving the French capital as the Champions League finalists’ all-time leading scorer with exactly 200 strikes to his credit.

His departure, though, was soured by the ugly manner in which he was dumped by the club – and more specifically by sporting director Leonardo.

Thiago Silva, another PSG favourite to be released, and who recently moved to Chelsea, was scathing of the way the matter of the players' release was handled.

“I was not angry but it is a situation that annoyed me,” the 36-year-old centre-back told France Football .

“It p*ssed me off because of what I did for this club during eight years. It should have been done differently.”

Cavani has not spoken out on the matter, but it is a strong bet that he shares the sentiment and will be especially fired up for the Champions League meetings against the Parisians to come before Christmas.

The fallout from his departure, meanwhile, continues to cause ripples in France, where head coach Thomas Tuchel wanted both veterans to be retained, not only because of their quality, but because of the intangibles of experience and leadership, as well as their everyday work ethic.

Inevitably, there is an element of risk to this move at such a late stage in the player’s career, particularly as his injury history last term was checkered and he will move to Manchester having gone more than six months without competitive football.

If he immediately replaces the suspended Anthony Martial against Newcastle a week on Saturday, it should be understood that he will be extremely rusty and judgement should not fall upon him too hastily.

Perhaps the greatest danger, though, is that he becomes a stick to beat the United board with after another ill-conceived transfer window in which they have failed to strengthen the correct areas in a timely manner.