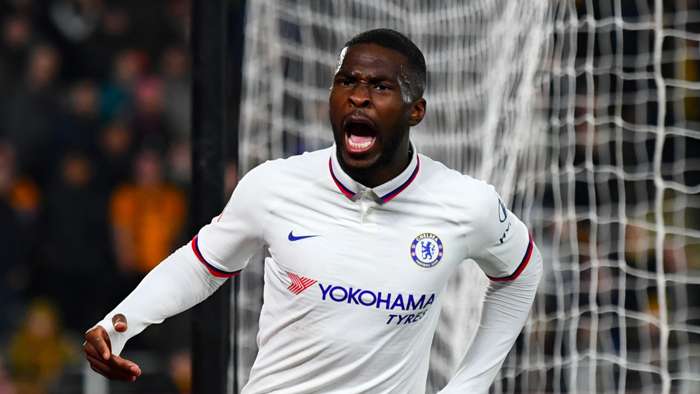 Chelsea defender FikayoTomori is considering a move to Everton, who are looking at a season-long loan dealfor the 22-year-old.

The centre-back has further droppeddown the pecking order at Chelsea following the signing of Thiago Silva from Paris Saint-Germain.

Tomori had a breakthrough season at Stamford Bridge last season under Frank Lampard, butultimately lost his place towards the end of the campaign and did not play in a competitive match after February.

The England international's stock still remains high, having made 23 appearances after a season in which he was named Derby County's Player of the Season while on loan. That success led to the Blues rewarding the defender with a new contract until 2024.

Rennes are also among the clubs that have enquired about Tomori,who has also drawn interest from several Premier League clubs. Still, Chelsea have yet to give an indication whether the defender will be permitted to go.

Carlo Ancelotti's Everton are in the race having already explored the option of a loan deal for Tomori last summer.

The 22-year-old would arrive at Goodison Park to compete with the likes of Yerry Mina, Michael Keane and Mason Holgate for a starting spot.

Everton have already added James Rodriguez from Real Madrid in a £22 million ($28m) deal, while Allan has joined from Napoli in a £21m ($27m) deal. Watford's star midfielder Abdoulaye Doucoure is also set to join.

The Toffees kick off the new season away to Tottenham on Sunday evening after finishinga disappointing 12th last season, a campaign that saw Marco Silva sacked halfway through.

Meanwhile, Chelsea's recruitment remains focused on adding a goalkeeper after they conceded 54 goals in the Premier League last term.

The Blues are intent on signing Rennes stopper Eduoard Mendy,with discussions centring around a€20m(£18m/$24m) approach last week. The Ligue 1 club are expected to give an answer soon with the Senegal international hopeful of a move to west London.

Any departure for Tomori would mean that the Blues keep hold ofcentre-backs Andreas Christensen, Antonio Rudiger and Kurt Zouma, who have all been linked with moves away.

Christensen and Rudigerhave less than two years left on their contracts with no talks currently active between the club or the players' representatives.

Elsewhere at Stamford Bridge,the Blues are in talks to sell or loan a host of players withMichy Batshuayi closing in on a loan move to Crystal Palace.

The Belgium international will extend his contract for an extra year to ensure that Chelsea don't lose him on a free transfer at the end of the season. The move has caused Conor Gallagher's proposed Palaceloan move to collapse, but other Premier League clubs are now interested in the 20-year-old midfielder.