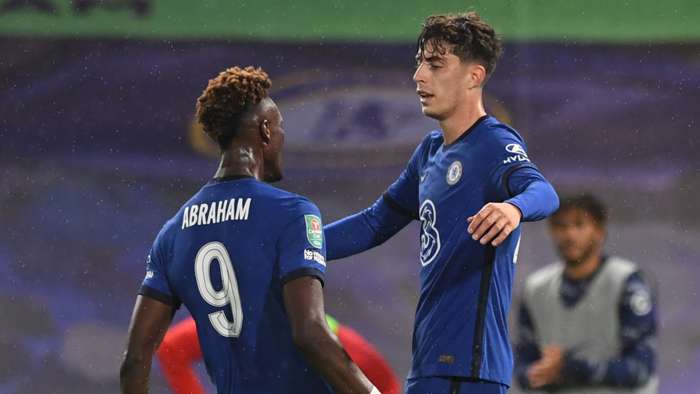 Chelsea play their second home match of the Premier League season on Saturday when they welcome Crystal Palace to Stamford Bridge.

Roy Hodgson's team have picked up two wins from their three games and their last away match saw them claim an impressive 3-1 win at Old Trafford.

New signing Hakim Ziyech has been struggling with a knee problem and it remains to be seen whether he will be involved on Saturday, whilstChristian Pulisic could also feature at the weekend. Billy Gilmour remains a long-term absentee.

Despite their serious injury list, Palace have managed to make a positive start to the season byscoring in all three of their Premier League games.

The signing of Thiago Silva is yet to dispel Chelsea's vulnerabilityat the back,which was an issue last season as they ended the campaign with the ninth-worst defensive record despite qualifying for the Champions League.

That being said, the vast majority of the Blues' goals were conceded on the road with their total of 19 goals against at home actually the joint-best in the division.

There should be some interest in backing goals at both ends, with the visitors finding the net regularly and the hosts yet to keep a clean sheet this term.