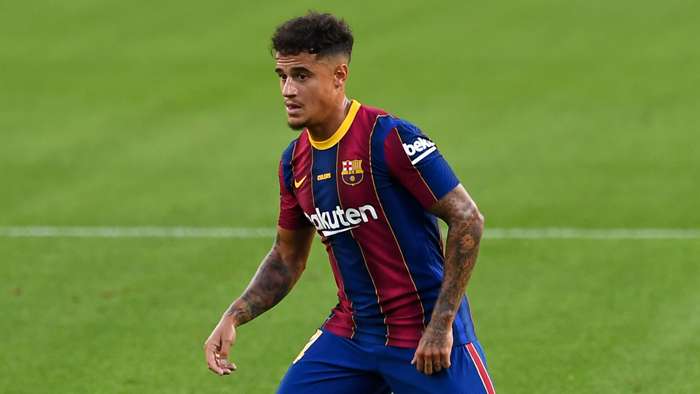 Philippe Coutinho is determined to “achieve big things” at Barcelona after being offered a clean slate at Camp Nou.

Having failed to find a spark on the back of a big-money move from Liverpool, the South American playmaker slipped out of sight and mind.

Various landing spots were mooted for him, with Bayern opting against seeking a permanent deal of their own, and the current transfer window was expected to see another agreement pushed through.

Barca were, however, to find themselves backed into a corner that required big decisions to be made on their part.

Ronald Koeman was drafted in as the club’s new coach, and the Dutchman has brought outcasts back in from the cold while making bold calls to part with established stars such as Luis Suarez.

Fresh starts have worked in Coutinho’s favour, with the 28-year-old making the most of his second chance to catch the eye in pre-season and open the 2020-21 campaign with a goal and two assists through three appearances.

Confidence has returned to his game, with the Brazilian telling reporters after finding the target in a 1-1 draw with Sevilla: “I've got a lot of hunger to work and achieve big things.

“It was a tough and difficult game but we knew that already. It ended up being like that.

“We've got a point and now we're going into the international break. When we return, it's about continuing to work.”

Barcelona dropped points for the first time this season when being held by Sevilla, but they have offered cause for optimism through their early outings and Coutinho is confident that they can kick on when returning to action on October 18 against Getafe.

He added: “We've had a difficult first three games, but we're just getting started.

“We're used to this and we'll keep working.