Paul Scholes has reiterated his belief that Anthony Martial is not capable of being Manchester United's main striker, insisting that he doesn't possess the necessary attributes ... 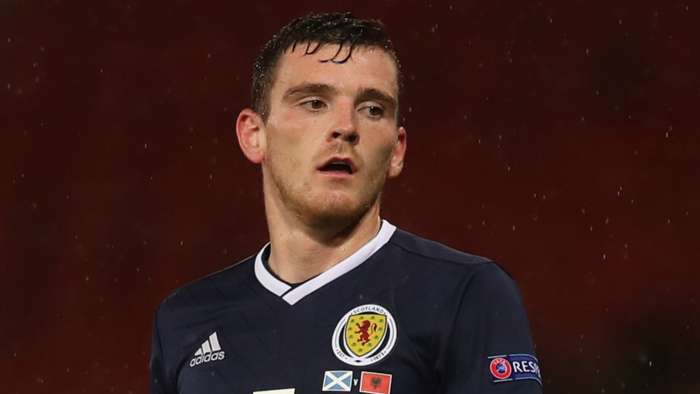 Andy Robertson can help propel Scotland to a first major tournament for over two decades when he leads his nation out against Serbia this week,according to Kenny Dalglish.

Scotland have not reached the finals of a major knockout competition since they made it to the 1998 World Cup in France, but now face their best shot for years in Belgrade as the November international break gets underway.

Reds man Robertson, who succeeded Scott Brown as skipper of the national team two years ago, has enjoyed near-unparalleled success at club level since, with Premier League and Champions League crowns to his name.

But Dalglish feels that he can write himself into Scottish football folklore if he can take the team to next year's rearranged tournament, set to be played across Europe, including potential home ties at Hampden Park.

The former Reds legend and boss pointed to Robertson's prolonged career path, which saw him travel through the lower leagues after he was let go by Celtic as a teenager, as crucial to his influence in the game.

"Andy's a great advert for people who think maybe they've lost their way a wee bit in football," the 69-year-old was quoted by the Glasgow Times.

"We all know he got released fromCelticand off he went to Queen's Park and then onto Dundee United and Hull City and then onto Liverpool. He has been absolutely fantastic since he's come to us.

"So people who might be doubting themselves a wee bit can look up to Andy, and they can say if they've got the same drive and a wee bit of good fortune that everybody needs, then they can be an Andy Robertson as well.

"It would mean a lot to everybody if he leads Scotland to a tournament. Success is hugely important and for Scotland to have eight games undefeated, you would never have anticipated that.

“I know the levels of the team we've played aren't that great, but there have been some good ones in there and we've come out in front of them.

"The most important thing is that the players have the belief in each other to do what they're doing and if they continue to do that then they have a chance of winning this match.

"As for Andy, he's the leader. He's the one who would be getting the abuse if they weren't successful.

“Andy has probably sat back a wee bit and not been as adventurous with Scotland as what he is at Liverpool, simply because he understands the situation.