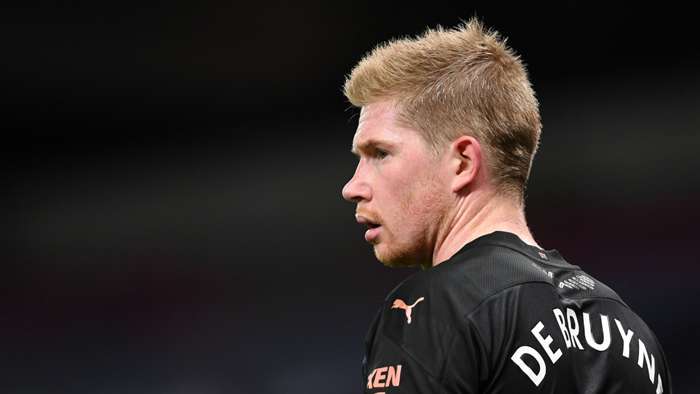 Kevin De Bruyne is setting his sights on a testimonial at Manchester City after committing to a contract extension that could take him to a decade of service at the Etihad Stadium.

The Belgium international midfielder has, after much speculation regarding his future, penned fresh terms through to the summer of 2025.

If that agreement is honoured, then a man who was snapped up from Wolfsburg in 2015 will reach the 10-year mark in Manchester and join an exclusive club of Blues stars.

De Bruyne has told the official Man City Podcast: “I didn’t know the rules about a testimonial but to get an extension at my age shows the confidence the team has in me.

“I have been here for six years and we have been pushing so many limits with the club and the progress has been unbelievable.

“The team has basically changed – everybody has gone and new players came in so it’s really nice for them to have the confidence to keep me for another four years.

“If that takes me to ten, that’s pretty special, I think.”

Having previously struggled to make an impact in England at Chelsea, the talented Belgian was snapped up by City in a club-record £55 million ($76m) deal.

Considerable value has been found in that transfer, with De Bruyne helping the Blues to two Premier League titles, an FA Cup triumph and four League Cup successes.

He has reached 255 appearances for the club, with 65 goals and 105 assists recorded by the reigning PFA Player of the Year.

De Bruyne has become a talismanic presence for City under Pep Guardiola and remains as driven as ever despite all that he has achieved.

The Blues are in the hunt for a historic quadruple this season, with a big-spending outfit desperate to end their Champions League duck, and a man at the heart of their future plans is eager to play a leading role in the delivery of collective improvement.

De Bruyne added: “I want the team to progress.

“Even the youth I want to help them, the women’s team – it’s important for this club to promote everything.

“I am in a position to help everybody at this club, and this is my part to play now.

“Since I was made one of the captains, I have progressed in that [leadership] part. I do fairly well. In certain areas, I can still do better.

“That’s why I am here, to help this team and the whole club get better, and that will help me in the end.

“To take a leadership role will help me evolve as a human being and in other aspects of life.”