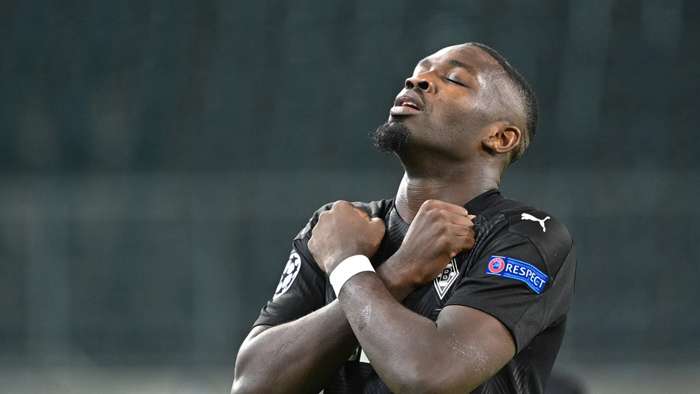 Thuram, the son of World Cup winner Lilian, hit the crossbar with a header and volleyed over as he made his international debut.

Deschamps liked some of what he saw from Borussia Monchengladbach forward Thuram.

"Because it is his first cap with France, I will look at some mitigating factors," he told a news conference.

"He has done some good things, especially during the first half. He could have scored with a bit more luck when his header hit the crossbar.

"He has tried, he has created some space. It was a bit more difficult for him during the second half. There were less gaps and maybe he was a bit tired too, his last game was on Sunday. He has shown us some interesting things for his first cap."

Marcus Forss and Onni Valakari scored debut goals for Finland in a shock win. France attempted 24 shots against Finland, their highest tally in a game without scoring a single goal since drawing with Luxembourg in September 2017.

Deschamps said France needed to learn from their loss ahead of facing Portugal in a crucial Nations League clash on Saturday.

"I want to congratulate this Finland team. Regarding our aggressiveness, intensity and togetherness it is a hard lesson to remember for us," he said.

"Sometimes, it is nice to take a hard game like this in case we forget some of the basics. Those are the facts, this is the reality of high-level football and hopefully it is like that."