‘Edouard not Arsenal’s answer if Aubameyang goes’ – Celtic striker too much ‘like Lacazette’, says Nicholas 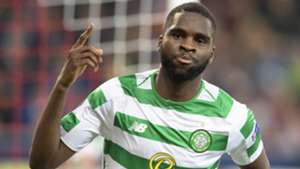 Celtic striker Odsonne Edouard "would not be the answer" for Arsenal if Pierre-Emerick Aubameyang ends up leaving the club in the next transfer window, says Charlie Nicholas.

Speculation regarding a move elsewhere for the Gunners' club captain continues to build, with no extension agreed to a contract due to expire in the summer of 2021.

With uncertainty shrouding Aubameyang's future, potential replacements for the prolific Gabonese are being lined up.

Former Paris Saint-Germain forward Edouard, who has hit 62 goals across 126 appearances for Celtic, is said to be an option that Arsenal would be willing to explore.

Nicholas, though, is not convinced that a 22-year-old with no Premier League experience would be the best fit at Emirates Stadium, especially as he is of a similar mould to fellow Frenchman Alexandre Lacazette and would require an outlay of around ?40 million ($49m).

The ex-Hoops and Gunners forward told Sky Sports: "There's been a lot of talk of Aubameyang being sold, but Edouard would not be the answer.

"He plays differently, more like Lacazette. Aubameyang is about pace and movement. Although he likes to play the No.9 role, he does not play it as what Edouard could. Similarly, Edouard could not play in the position that Aubameyang does, out wide on the left.

"He wants to be the key figurehead of the team as the link man through the middle. For that reason, I do not see Arsenal targeting him as a replacement for Aubameyang.

"Arsenal are in a horrible position when it comes to sorting out Aubameyang's contract offer. Barcelona and Real Madrid have been mentioned and they have the funds to buy him.

"Edouard is too similar to Lacazette, and if he was to move, it paints a different picture. Edouard would then fit into the Arsenal team as the No.9. You would still need to give him time as he's not been playing every week against Premier League quality.

"His attitude has improved sufficiently enough to tell me he will become a top player but I am not quite convinced teams will yet be looking at him as a ?40m player. But the current market, with the coronavirus likely to impact the value of players, this will play a crucial part."

Arsenal's preference would be to get Aubameyang tied down on a new deal, with Nicholas reiterating his calls for the Gunners to do all they can in those talks - freeing others to lead the chase for Edouard.

He added: "I just do not think Arsenal can afford to let Aubameyang's contract run out, so they will have to renew it. Despite that, I do not see the Edouard to Arsenal link materialising, but I could certainly see him moving to the Premier League.

"He could be more suitable to Everton if they build their team in the right way. I have watched them quite a bit this season.

"Dominic Calvert-Lewin has had a purple patch but Edouard is a better technical player. He's got more about him than Calvert-Lewin and there's no doubt in my mind he would be a very good buy for someone."