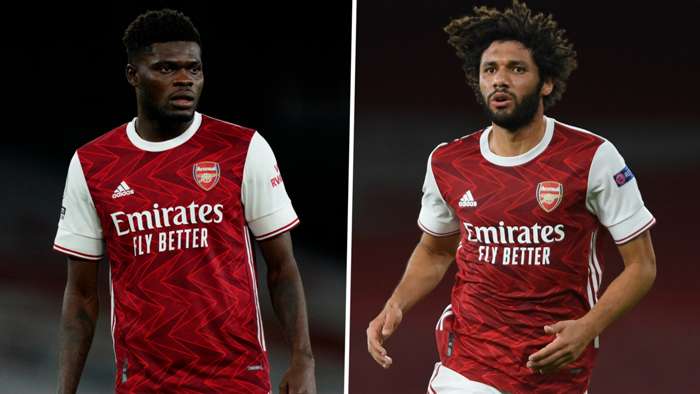 Thomas Partey may be dominating the headlines at Arsenal, but Martin Keown says Mohamed Elneny has matched “his new team-mate’s quality in midfield” as the Gunners look to find a new pairing to rival that of Patrick Vieira and Emmanuel Petit.

They have slotted into the fold at Emirates Stadium, while a clean slate has been offered to Egyptian star Elneny on the back of a loan spell at Besiktas.

Inconsistency has still been an issue for Arsenal at times in 2020-21, but they have become a tougher nut to crack and showed in a 1-0 victory over Manchester United – their first win on the road against a fellow member of the ‘Big Six’ in 29 attempts – that the potential is there to replicate successful formulas of the past.

Ex-Gunners defender Keown told the Daily Mail on the back of a deserved triumph over the Red Devils: “Arsenal had not won at Old Trafford since 2006. They had not beaten a Big Six side away from home since 2015, but Mikel Arteta broke both of those hoodoos on Sunday thanks to his dominant midfield two.

“I was blessed to play behind some outstanding pairings in an Arsenal shirt, including Patrick Vieira and Emmanuel Petit and Vieira and Gilberto Silva.It's an incredibly important job to act as that screen in front of the defence and Mohamed Elneny and Thomas Partey were solid here.

“There has been a lot of attention on Partey as the summer signing, but Elneny is matching his new team-mate's quality in midfield.

“Arsenal have the best defensive record in the Premier League after conceding seven in as many games yet have played away at Old Trafford, the Etihad and Anfield. Arteta deserves credit for all of this.

“The organisation has improved. The wide men were dropping to create a back five against United with Gabriel at the heart of the defence.At £23 million the 22-year-old Brazilian has been an excellent addition and Arsenal were moving the ball better than Manchester United, too.