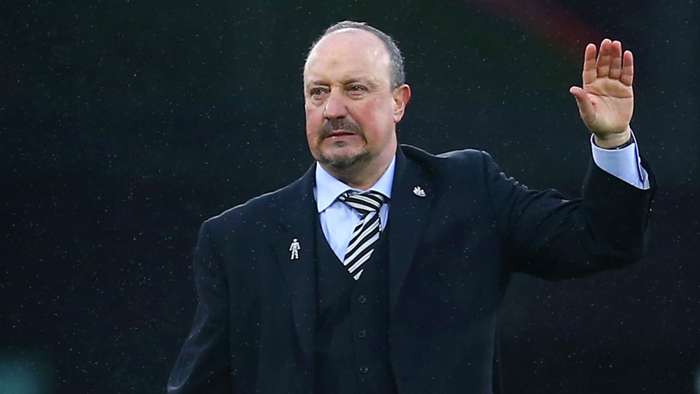 Rafa Benitez is making a return to Premier League management his top “priority”, with the former Liverpool, Chelsea and Newcastle boss eager to land another prominent role in English football.

The 60-year-old Spaniard finds himself without a club at present, with a position at Chinese side Dalian Professional vacated in January as the coronavirus pandemic caused professional and personal concerns for sporting figures around the world.

Benitez is eager to get back into the dugout as soon as possible, having spent over 25 years as a coach, and admits that his preference would be to receive offers from familiar surroundings.

Benitez has told Marca on his next move: “Ive already received more than one (offer) in the last few months, but it wasnt the right time or project. I needed to spend time with my family.

“I want to find a club with ambition, one either competing for titles or looking for a serious project that will lead to that later.

“I always say that the key to success is balance - both on the pitch between defence and attack, but also in the management of the club.”

He added: “My experiences with Liverpool, Chelsea and Newcastle have all been very enjoyable and for that reason my priority is the Premier League.

“My family are in England and its the most complete league, but I cant rule out leaving. As I said, if theres a well-defined project with objectives…”

Across six productive years at Anfield, FA Cup and Community Shield triumphs were taken in, along with a memorable Champions League success in 2005 that saw the Reds battle back from three goals down against AC Milan to ultimately prevail on penalties.

Benitez returned to England when taking on an interim role at Chelsea in November 2012 and saw them to Europa League glory despite never fully winning over a sceptical fan base.

Newcastle was his next port of call in the Premier League, with the Magpies slipping out of the top tier shortly after his arrival before bouncing back in style as title winners in the Championship.

Benitez departed St James’ Park in the summer of 2019 when his contract on Tyneside expired.

There are no attractive positions to fill in the Premier League at present, but that situation could soon change.

Benitez is prepared to be patient in his pursuit of the right opportunity, with there no plans on his part to move away from club coaching any time soon.

He added on his future plans: “Im not thinking about international football yet.

“I like working day-to-day too much, and being on the training pitches with the players. The time for a national team will come.”