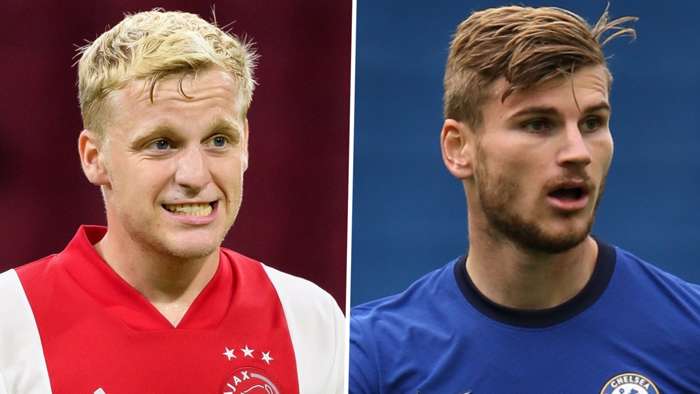 Fantasy Premier League is back for the 2020-21 season and, as any veteran of the game will know - picking your team is a constant process.

However, if you get it right at the beginning with a solid selection then it can save you some headaches further along the campaign, when you run out of wildcards.

To help you get started, Goal brings you some advice on the new signings to pick as well as some hidden gems and bargains.

Manchester United's new signing Donny van de Beek is a goalscoring midfielder and he will be expected to burst through the lines for the Red Devils, similar to how Frank Lampard would at Chelsea.

The Netherlands international probably found himself in the shadow of Frenkie de Jong during their time at Ajax together, but he has the ability to be very effective for United.

Expect Van de Beek, who is relatively cheap to begin with in Fantasy Premier League,to bag his fair share of goals at Old Trafford.

Germany international Timo Werner arrives at Chelsea this season on the back his best ever seasonat RB Leipzig, where he scored over 30 goals.

The striker will be expected to carry that form on at Stamford Bridge and he immediatelyshowed a glimpse of what he is capable of with a goal in the Blues' pre-season friendly against Brighton.

While Pep Guardiola's Manchester City teams are notoriously difficult to predict, given his tendency to rotate, new signing Ferran Torres could turn out to be a bargain on FPL.

The 20-year-old winger is highly rated and he is priced lower than Bernardo Silva, Riyad Mahrez and Raheem Sterling at the beginning. That price could easily shoot up if he hits the ground running.

Hakim Ziyech has the capacity to be an extremely effective signing for Chelsea and the Morocco international is relatively cheap too.

Over the course of the past few seasons, Ziyech has been directly involved in a bulk of Ajax's goals.Not only is he a threat in terms of supplying assists, he has shown that he can score into double figures himself.

Fulham's play-off final hero Joe Bryan is a player that may not find himself part of many FPL squads, but his ability is reflected in his price.

The full-back takes free kicks for Fulham - and is well capable of scoring from them too - as well as being a strong crosser of the ball, so he will get assist points.

Brazilian Matheus Pereira had a hand in 24 of West Brom's goals in the Championship last season - around a third of their total.

The former Sporting forward laid on 16 goals for the Baggies and scored eight himself on the way to promotion. The chances are that he won't get the same freedom in the Premier League, but he has the ability.

Mateusz Klich has been around the block, but he won't be too familiar to followers of the Premier League and thus might be overlooked as an option.

A Poland international, Klich thrived under the challenges of the Marcelo Bielsa regime and last season he scored six goals from midfield, laying on five more.

Former Wolves winger Ivan Cavaleiro is always good for a few goals a season and has plenty of pedigree, having played in Spain, Portugal and France.

He scored five league goals last season andalso chipped in with seven assists so is certainly an attacking threat.

Arsenal's No.7 is a definite bargain in FPL this season at just £5.5m to begin with. Bukayo Saka may still be a teenager, but he looks set to play a crucial role for the Gunners this season.

Saka, who got six assists and a goal for Arsenal last season,set up his side's goal in the Community Shield against Liverpool and will be eager to kick up a gear in 2020-21. Get him in your team.

With Matt Doherty gone from Wolves, it has opened up the right-wing-back position for Ruben Vinagre and, if Nuno Espirito Santo's side continue with the same system, Vinagre should score points.

Vinagre is quite cheap too at £4.5m and should pick up clean sheet points as well.

Scotland international John McGinn missed about a quarter of last season through injury, but had been one of Aston Villa's best players before being laid low.

A midfielder who'sbeen linked with Manchester United, McGinn scored three goals and assisted three last season, a number that was certainly affected by his injury. He is fit again now though and relatively cheap.

OK, so £7.5m is not exactly what you expect to spend when you're looking for a bargain, but it is a good price for Mason Greenwood considering what the youngsteris capable of.

Greenwood -who is deemed a midfielder in FPL -has been tipped as Harry Kane's deputy for England by none other than Wayne Rooney and the teenager looks impossibly comfortable in the Manchester United forward line.

Tom Cairney didn't live up to his reputation as a goalscoring midfielder when he last featured in the Premier League, so the Scotland international will feel he has a point to prove this time.

Cairney scored eight goals last season and is a strong option for set-pieces.

It is somewhat perplexing to see Mat Ryan priced so lowly, considering the fact that the Brighton goalkeeper has been among the top scoring FPL goalkeepers in the past three seasons.

The transition from a more defensive style of play under Chris Hughton to a style which is more attacking under Graham Potter has not affected Brighton's goals against column and Ryan is a big part of that.

Fulham striker Aleksandar Mitrovic is very much a striker of Premier League quality and he finished last season as the top scorer in the Championship with 26 goals.

Still in his mid 20s, the Serbia international is a powerful unit who is very much adept at ploughing a lone furrow in attack - he will be worth a punt at £6m.

Newcastle United midfielder Jonjo Shelvey rediscovered his goalscoring touch to a degree last season and if he can continue that form in 2020-21 he could prove a bargain.