‘Firmino may see Liverpool benching as a welcome relief’ – Misfiring striker could do with Jota-enforced break, says McAteer
Match

‘Firmino may see Liverpool benching as a welcome relief’ – Misfiring striker could do with Jota-enforced break, says McAteer 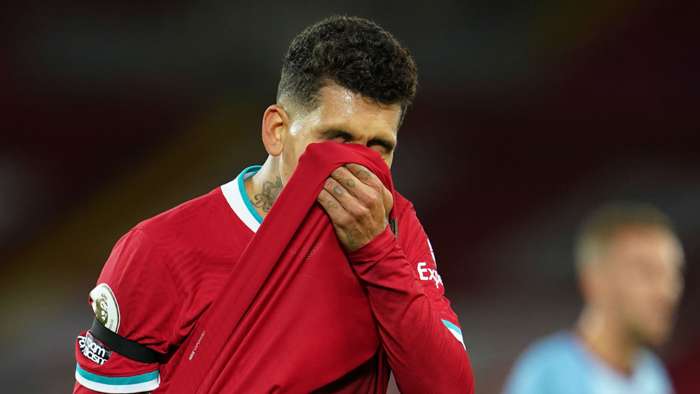 Roberto Firmino may view the opportunity to take in an enforced break from Liverpool’s starting XI as a “welcome relief”, claims Jason McAteer, with the Brazilian having looked out of sorts for a while.

The South American’s game has never been about end product, with his value often judged in work off the ball, but it is impossible to ignore the fact that the goals have dried up.

Summer signing Diogo Jota is enduring no such troubles for the Reds, with the target found on six occasions through his last four appearances, and the Portuguese is staking a serious claim for a No.9 role.

McAteer believes Klopp will tinker with his settled front three for a trip to Manchester City on Sunday, with Firmino being given the chance to recharge his batteries.

The former Liverpool midfielder told FreeSuperTips of a big selection call: “It is going to be difficult for Jurgen Klopp to take Diogo Jota out ofthe team now, he has scored seven goals now in his short time at Liverpool and is well deserving of a starting place at the weekend.

“He has so much versatility and has shown he can play down the middle in the absence of Firmino.

“For Firmino’s lack of goals, what he does bring to Liverpool is defensive qualities, a high press, and being the primary supply line for Sadio Mane and Mohamed Salah. He Firmino is the glue amongst the front three and makes everything tick going forward.

“To replace Firmino will be difficult, but Diogo Jota came in and added something a little bit different to the team in the Champions League midweek.

“His pace allowed him to exploit a high defensive line, and the number of times he got in behind the Atalanta defence on Tuesday night was extraordinary. He scored a great hat-trick, with three cracking goals.

“He can play the Firmino role against Manchester City and it could be a welcome relief for Roberto Firmino, he plays a lot of games for Liverpool and travels far with Brazil, so he does need a rest for two or three games.

“Jurgen Klopp now has plenty of options with Jota and Firmino in terms of formation and line-up.

“Jota is 23 years of age, extremely fit, good injury record and he is desperate to play, you can really see that. Why would you take him out of the team when he is in this kind of form?