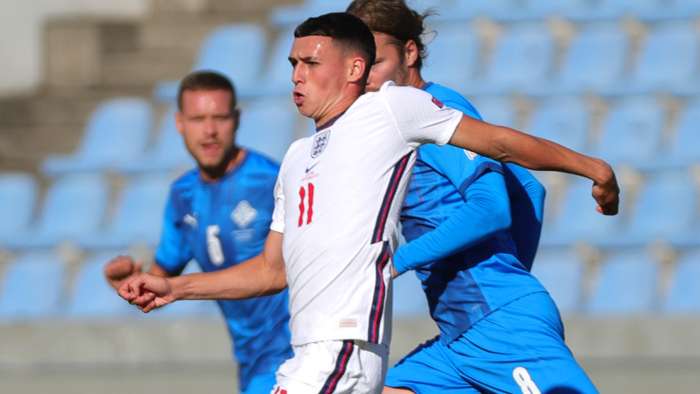 Manchester City midfielder Phil Foden has been included in the senior England squad for upcoming fixtures against the Republic of Ireland, Belgium and Iceland, but Manchester United forward Mason Greenwood misses out again.

They were both handed debuts by Gareth Southgate in a UEFA Nations League clash away in Iceland, but were subsequently removed from the fold after breaching coronavirus protocols.

There was to be no reprieve for either during the October international break, with England favouring other options.

Foden has, however, done enough to force his way back into contention after apologising for his earlier actions.

He will be one of several exciting playmakers at Southgate’s disposal for the latest round of friendly and Nations League dates.

The rest of Southgate’s squad is looking pretty settled as the countdown continues to a rescheduled European Championship in 2021.

Dominic Calvert-Lewin’s fine form at club level with Everton means that he gets another chance to show what he is capable of on an international stage.