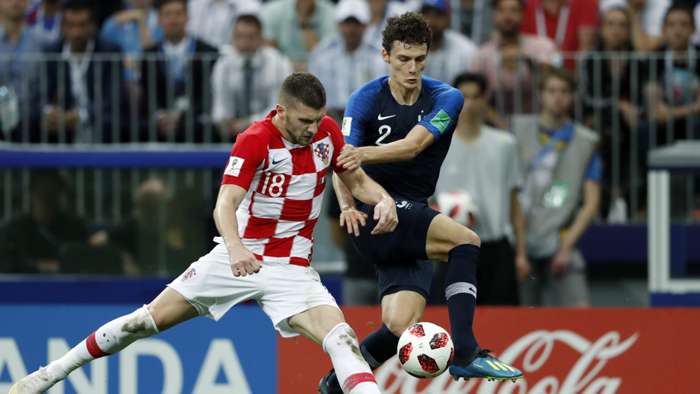 France and Croatia will lock horns for the first time since the 2018 World Cup final when they meet at the Stade de France in Tuesday’s Nations League clash.

Les Bleus ran out 4-2 winners at the Luzhniki Stadium two years ago, being crowned world champions for the second time in their history.

Zlatko Dalic’s men fell to a heavy 4-1 defeat in Portugal on Saturday but can be backed at 9/2 (5.50) to bounce straight back with a big win in Paris.

Two of the last three meetings between this pair have resulted in draws, and you can get odds of 11/4 (3.75) on them cancelling each other out once more.

Kylian Mbappe has withdrawn from the squad after testing positive for COVID-19, following in the footsteps of Paul Pogba, Houssem Aouar and Steve Mandanda.

Ivan Perisic and Marcelo Brozovic are set to come into the team after being given additional time off due to their respective involvement in the Champions League and Europa League finals.

With Ivan Rakitic and Luka Modric having withdrawn from the squad and Perisic and Brozovic also absent, the Vatreni were always up against it in their trip to Portugal.

However, Didier Deschamps’ men were hardly at their best in their victory over Sweden that same day, running out narrow 1-0 winners thanks to an Mbappe goal.

Having lost the PSG striker for this game, it is hard to see them playing at full throttle in this one - particularly given their rather uninspiring attacking performances over the last few matches.

France have scored just seven goals in their last five matches against Iceland, Turkey, Moldova, Albania and Sweden, making odds of 4/5(1.80) seem generous on under 2.5 goals being scored when they take on an understrength Croatia.