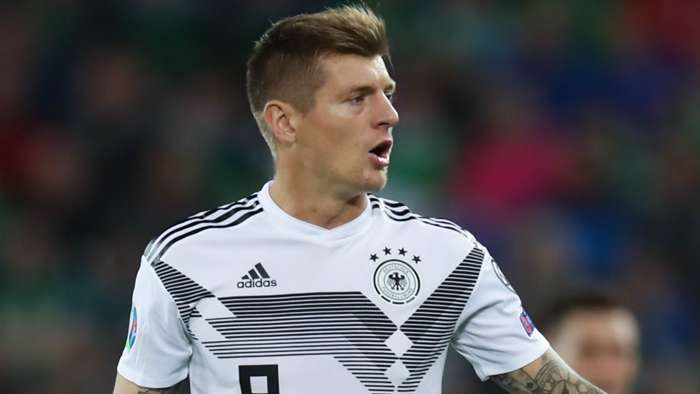 Germany welcome Spain to the Mercedes-Benz Arena in Stuttgart on Thursdayfor one of the most high-profile fixtures in the UEFA Nations League.

Both sides qualified for this summer's postponed European Championships with ease and they will each be hoping to kick off theNations League campaign with a victory.

Neither team has played a fixture for 10 months, which makedit difficult to know what kind of shape they are in.

The majority of the German players who were crowned European champions with Bayern Munich have not been called up to the squad, with Niklas Sule and Leroy Sane the club's only representatives.

New Chelsea signing Timo Werner is expected to lead the line up front whileAtalanta full-back Robin Gosens and Borussia Moenchengladbach midfielder Florian Neuhaus could get their first minutes with the national team.

Spain are without forward Mikel Oyarzabaland the Real Sociedad captain has been replaced by Gerard Moreno, who was the top scoring Spaniard in La Liga last season, whilst Real Madrid winger Marco Asensio has dropped out with a knee problem.

There are plenty of question marks surrounding Spain as Luis Enrique begins hissecond tenure in charge of the national side.

The former Barcelona manager has named an extremely youthful squad and there will surely be some experimenting from the coach before he finds an eleven with which he is happy ahead of next summer's European Championships.

Germany are without regular starters Manuel Neuer, Serge Gnabry and Joshua Kimmich, and Joachim Low will remember his side's poor showing in this tournament last year when they finished bottom of their group with just two points from a possible 12.

Recent matches between these two international teams have generally been cagey affairs and with Spain unsure of the best eleven and Germany missing some key players, it seems wise to oppose a high-scoring game.

Under 2.5 goals has paid out in the last four meetings between these nations and a repeat looks tempting at 9/10 (1.90).