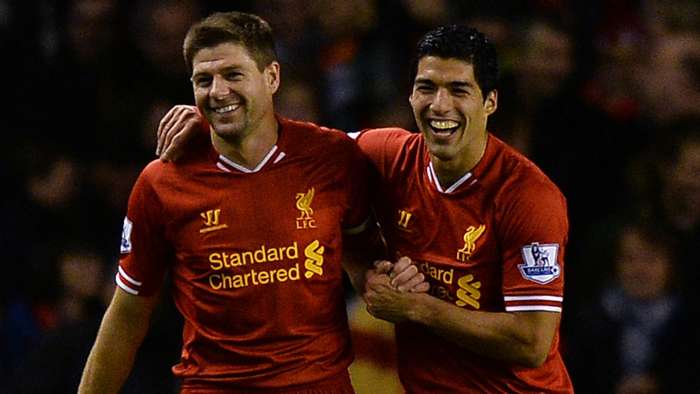 Adam Morgan has told this story before.

“My girlfriend is in the car with me and she’s just rolled her eyes at me,” he laughs. “She’s lost count of how many times she’s heard it, I think!”

“Mind you,” he adds. “At least it’ll help her sleep during the journey!”

Morgan never used to like talking about his football career. Too painful, he explains. Too many mixed memories. To remember the highs, he had to relive the lows.

But that was then and this is now. And now, at 26, the one-time Liverpool prospect is in a good place, a happy place.

“I’m still in love with football,” he tells Goal. “I used to say I hated it, but that was never the case. I’ve loved it all my life and I always will, despite everything.”

When we speak Morgan is travelling back from Merseyside to Essex, where he lives with Mia, his girlfriend of six years. That night, he will play for Chelmsford City in a pre-season friendly against Cambridge City.

“I’m feeling fit and sharp,” he says, enthusiastically. “Hopefully I’ll be banging in a few goals this season.”

Chelmsford, who play in the sixth tier of English football, are the 14thclub of Morgan’s career. He joined in the summer after the Clarets’ manager, Robbie Simpson, received a glowing recommendation from none other than Brendan Rodgers.

“Brendan said I was up there with the best finishers he’d worked with,” Morgan says, with understandable pride. “Oh my God, can you imagine?! He’s worked with Jamie Vardy, Luis Suarez, Daniel Sturridge, and he’s saying that about me?!”

It was Rodgers who made Morgan’s dream come true in 2012, selecting him to play for Liverpool’s first-team during the Reds’ pre-season tour of North America.

Morgan, in fact, scored the first goal of Rodgers’ reign, a poacher’s effort against Toronto. Jamie Carragher remembers running down the touchline to celebrate with the Halewood-born striker, whose father Shaun was in tears in the stands.

“I knew what it meant to him and his family,” Carragher tells Goal , eight years on. “Whatever happened after that, nobody can ever take that away from him.”

A month later, Morgan made his competitive debut for Liverpool, replacing Fabio Borini as a late substitute against Hearts in the Europa League. The following week in the return leg, he was selected to start at Anfield alongside Luis Suarez, with Steven Gerrard and Jordan Henderson behind him and Carragher marshalling the defence.

“Madness!” Morgan says, remembering the night vividly.“I always remember being stood there in the dressing room and Suarez came over and give me a hug, wished me good luck, told me to enjoy it, I’d be fine, all that stuff. That meant a lot.

“Then Gerrard came over in the tunnel. He pointed at Suarez. ‘If he shouts at you, tell him to f*ckoff!’ he told me. ‘He’s going to want the ball off you every single time, but just tell him to do one!’

“He was joking, obviously, but it helped to relax me before the game.”

Morgan lasted just over an hour before being replaced by Raheem Sterling, a friend from the Liverpool youth team. He would make one more appearance, against Anzhi Makhachkala, before his career began to head in a different direction.

He remembers the day he knew his time was up at Anfield. Rodgers had instructed Martin Skrtel to rough him up in training, to see how the youngster handled it. Morgan could not. He left Liverpool, heartbroken, in January 2014.

“Brendan was 100 per cent right,” he says now. “I wasn’t good enough to play for Liverpool, and I can never claim otherwise.

“Of course it broke my heart at the time, but was I good enough to take Suarez’s place or Sturridge’s place? No I wasn’t. Absolutely not.

“Maybe in a different world I might have had more chances. Did I think I could compete with someone like a Borini, play in the cups maybe? Absolutely. Maybe I could have gone on loan and developed, learned to play at a higher level. But they’re ifs, buts and maybes.

“In terms of Brendan, there is not one bad word to say about him. He’s a top manager and he made my dream come true.”

For a long time, Morgan had looked back on his Liverpool time with sadness.

“I looked at what hadn’t happened as opposed to what had,” he says. “But how many people want to play for Liverpool at Anfield in front of 40,000? To train every day with Gerrard, Suarez, Carragher? I did that, and no-one can ever take that away from me.

“Sure, I’ll always have those ‘what ifs’ but I’ve learned to live with that. The way I look at it, it’s like a family member dying. You don’t necessarily get over it, but you learn to remember the good bits, don’t you?

“Do I wish the dream had gone on a bit longer? Of course I do. But I lived my dream, and not many people get to do that.”

Morgan left Liverpool with three senior appearances to his name, and tried his hand at Rotherham, Yeovil, St Johnstone and Accrington before dropping into non-league football at 21.

He struggled with anxiety and personal issues, and contemplated quitting the game altogether at various points. He worked for his father’s minicab firm, and later as an apprentice scaffolder,while turning out for the likes of Hemel Hempstead, Colwyn Bay, Widnes,Mossley and Romford.

A hat-trick playing for Curzon Ashton in the FA Cup against Wimbledon in 2016brought him some national attention, and a move to Halifax,but while his love for playing has not diminished,he says he has found a new focus in the last 12 months – coaching.

“I absolutely love it,” he says of his business, Adam Morgan Elite Coaching. “I was nervous when I set it up, but the reaction has been great.

“It doesn’t feel like work to me. I’m shattered at the end of every day, but in a good way. I’m doing what I love.”

“They’ve been great with me,” he says. “Life moves on, obviously, but Liverpool are great with their former players.

“I know I’ll be a top coach. I look at who I worked under at Liverpool – Brendan, Alex, Steve Cooper, Rodolfo Borrell, Mike Marsh, Michael Beale – I look at the players I played alongside and think ‘how could I not have picked up some knowledge there?’

“I’m 26, so I’ve got time on my side. My friend Anthony Barry is 34 and he’s just gone in with the first team with Frank Lampard at Chelsea. Unbelievable. What a coach he is, by the way, the best I’ve ever seen, and a great fella too.

“He’s an inspiration. I want that, and I’ve got years ahead of me to get there. I don’t care how long it takes or how I get there, I know I can do it.”

Morgan finishes with a story.

“I got a notification on Instagram recently,” he says. “It said ‘Manchester City want to send you a message’.

“I thought ‘here we go, they want to me to show Aguero a thing or two!’ but it wasn’t. Raheem had scored his 100thgoal and they wanted me to speak about him. I’ll always be linked to him in a way, I suppose, because we came through at the same time.

“In the past, it might have upset me. I might not have wanted to talk about the past, you know?

“I can talk about it now though. I love seeing Raheem doing well and Conor Coady flying with Wolves and England. I’m proud of them.