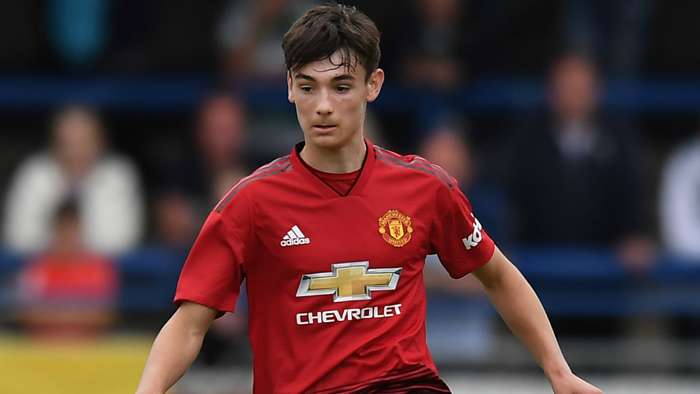 Ryan Giggs is hoping to see Dylan Levitt and Manchester United make the right call when it comes to the teenager’s future, with a loan move being mooted for the highly-rated midfielder.

Giggs handed him his bow at that level during a recent UEFA Nations League clash with Finland.

The 2019-20 campaign also saw him make his competitive debut for United, with Ole Gunnar Solskjaer giving Levitt a run-out against Astana in the Europa League.

Club and country are hoping to see the youngster kick on from this point, but there are several hurdles for him to overcome.

A loan move would help Levitt to get the regular minutes he needs, with a number of Football League clubs said to be keen on doing a deal, and Giggs is looking for United to handle a hot prospect with care when it comes to a big career call.

The United legend told the Manchester Evening News of Levitt: “It’s always difficult, you want your players to play regularly and he did last year for the Under-23s, but then if you can go out on loan, maybe to another country or a Championship team, and he is playing regularly, then that is the preferred choice.

“The only problem is players can go out on loan, it can look a great move, and then they don’t play. Then they’re training somewhere else rather than training at United and learning off the players there.

“It’s always a balancing act, it’s always a difficult one, but Dylan has got a big choice to make and hopefully he chooses right.”

Giggs added on Levitt’s progress to date: “I’ve been impressed with him for the last five or six months that I’ve picked him. In training he’s been fantastic.

“Towards the end of the Euro qualifiers each game was a huge game so I couldn’t really throw him into that environment.