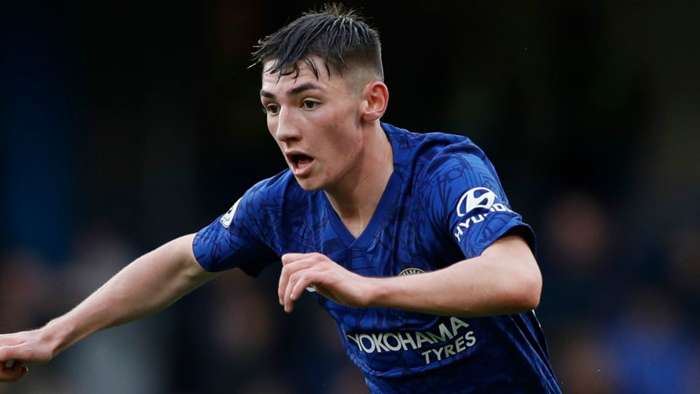 Billy Gilmour is happy to have shelved loan plans at Chelsea and chased the dream in west London after leaving the familiar surroundings of Rangers.

Questions were asked of that bold decision, with many promising youngsters having failed to make a senior breakthrough at Chelsea.

Gilmour, though, has benefited from the presence of Frank Lampard in the Blues hot seat and took in 11 first-team appearances last season.

Those minutes came quicker than the 19-year-old expected, with his career path now heading in a different direction.

Gilmour told the Four Lads Had A Dream Podcast: “I never thought I would be where I am just now. I thought maybe the next year I would go on loan.

“I have always had a plan in my head about coming through the Chelsea academy, trying to get first-team experience and then getting myself in the team.

“The gaffer came in and took the team and Jody Morris and Joe Edwards, who were my youth coaches through Under 18s and 23s, were his assistants.

“I did pre-season with them, after that I was round training with them and then I got into the first-team changing room, which was massive. I was really happy and I made a couple of appearances.”

Gilmour always believed that he was capable of making the grade at Chelsea and that success could be achieved in English football.

He added: “I have always said that my dream was to play in the Premier League and I got one step closer by signing for Chelsea.

“What made my decision was when you see all the players that have come out of the Chelsea youth academy and they are top players. Maybe they are not at Chelsea but they are playing at top clubs, like Nathan Ake at Manchester City.

“You see the youth players coming through at Chelsea now - like Mason Mount, Reece James, Tammy Abraham, Fikayo Tomori – and they have won the FA Youth Cup seven times in the last ten years. It is incredible, the youth setup is amazing and I just had to take the next step in my career and go and challenge myself again.”

Gilmour has not seen any game time since July 7, having been forced to undergo a knee operation, but believes he has silenced those who queried his decision to walk away from Rangers.

The talented teenager said: “They said I was just going to be missing. But I wanted to follow my dream and if I had never done it, I would have regretted it.

“I took the chance, I worked hard and I came down here and believed in myself and my own ability to go to the top and play against these top players.