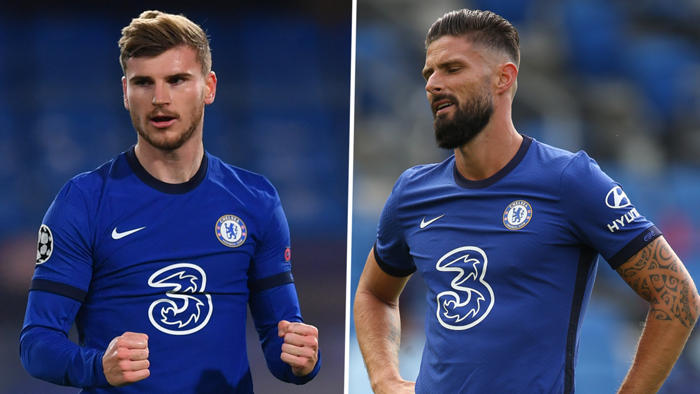 Frank Lampard has spoken about his selection decisions up front, sayingTimo Werner's status as an automatic starter is not under threat yet.

The USMNT international missed the midweek game and will again be out for the weekend's clash with Sheffield United. That means that Werner will likely start alongside Tammy Abraham, who he has begun to build a good partnership with.

Lampard admits that he was on the verge of resting the £47 million ($60m) signing from RB Leipzig, but he also doesn't think the Germany international necessarily needs to be pulled out of matches.

"I am not going to give the team away but I think it is clear with the Burnley game that I was planning on giving him a rest," he told reporters at Cobham Training Centre. "It was more because of the journey to Burnley and the journey to Russia and back.

"I think that has been a big deal for Timo as well. So I have been happy with that point, as we look forward, I will try to manage those minutes to keep him as fresh as I can. At the minute, he is going well so we will see."

Werner's omnipresence has seen Olivier Giroud once again drop down the pecking order at Chelsea.

The 34-year-old was a vital part of their end of season run to secure Champions League football with a fourth place finish as he netted eight goals after football returned from the coronavirus lockdown.

Since the start of this season, the France international has made just one start and played just151 minutes in all competitions, compared to Werner starting all 11 of his games and playing 971 minutes this season.

Lampard explained how hard it is to leave out a player who has served him so well.

"Yes, he has given a typically great response to train as well as possible and support the group," Lampard said. "He is amazing around the group and that is just a fact with Oli and maybe not a fact with people all around the team.

"I can't speak highly enough of him on that side. It is part of my job I don't like with good players, top people who are around the group that don't always play, but I have those issues.

"Tammy Abraham started at least half of the games last season and he was one of the top scorers in the Premier League. When Oli came in, he performed very well in restart for us which was a huge factor in us getting into the top four.