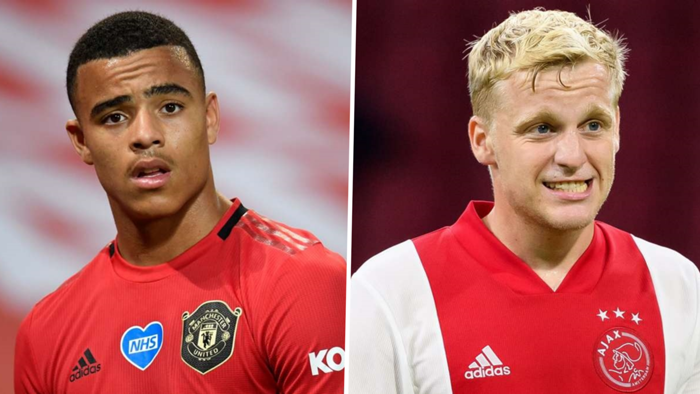 The Red Devils have been monitoring the 23-year-old for some time and appear to have fought off late interest from Tottenham to secure the Dutch international.

Van de Beek is set to team up with Greenwood at Old Trafford, with the teenage striker having enjoyed a breakout 2019-20 campaign that saw him score 19 times, including 10 Premier League goals.

That form saw the 18-year-old earn his first senior England call-up, as he was includedin the squad for this month's Nations League games againstIcelandandDenmark.

Speaking ahead of Saturday's match against Iceland inReykjavik, Greenwood said he was looking forward to the prospect of teaming up with Van de Beek next season.

"That’s for the club to sort out," Greenwood said of the transfer, "but I have seen some of his stuff and he looks like a good, promising player, so that’s good."

Former Dutch international Rafael van der Vaarthas concurred with Greenwood, saying that Van de Beek has proven he is ready for a move to Old Trafford.

"Donny deserves this transfer so much," Van der Vaart toldNOS. "He has played excellent for Ajax.

"And Manchester United really need this kind of player in their team. This transfer is fantastic for us Dutch people too. We are all going to follow him now. This move is so deserved."

While Greenwood awaits the chance to team up with Van de Beek, he praised the influence of a current team-mate at Old Trafford and, now, England.

When asked about his biggest influence, Greenwood named his fellow striker Marcus Rashford.

"I would say Marcus, to be honest with you, because he has come through the same pathway as I have so it was just him helping me a lot," Greenwood said.

"He has done the same, knows my position and he knows how it feels. It is nice to have someone like that to look up to and to play with which is another bonus."