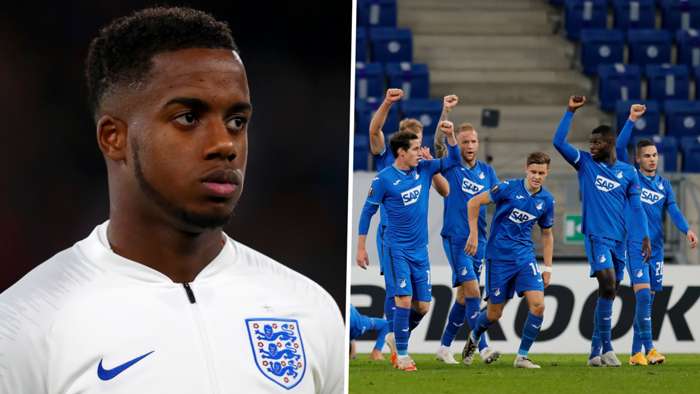 Hoffenheim players showed their support for team-mate Ryan Sessegnon during their game against Slovan Liberec on Thursday after the on-loan Tottenham winger was racially abused during the week.

He wrote: "Honestly unbelievable. The craziest thing is I'm not even surprised anymore. Disgusting."

Sessegnon watched from the bench as his side ran out 5-0 winners in their Europa League game, and saw his team-mates unite to show their support for him.

After Mu'nas Dabbur opened the scoring, the team celebrated by raising their fists together in a show of unity.

Both Spurs and Hoffenheim denounced the abuse after Sessegnon posted the messages.

"We are proud of the rich ethnic diversity that exists across our communities, fans, staff and players. We are driven by inclusion and equality for all and nobody should have to endure such repulsive abuse."

"#TSG stands for tolerance, integration and respect. We reject all forms of racism, discrimination and exclusion and say #NoToRacism!"

The incident has once again raised the issue of whether social media companies do enough to prevent discrimination and punish abusers who use their platforms.

Watford captain Troy Deeney has been a vocal critic of social media companies over the issue of racist abuse.

“If a high-profile black player such as Raheem Sterling is experiencing racial abuse then everyone piles in and that drives traffic, which increases their advertising and profits,” he recently wrote in the Sun.

“If I scroll down my Instagram replies, the tenth one down features a racist emoji — which is not unusual. I follow the protocol, which is to block the user and report the message under the category of ‘hate speech and symbols’.

“Then I am told that an emoji with a monkey and a banana is not considered racist. I’ve even reported being called a ‘black c***’ and been told that isn’t hate speech either.