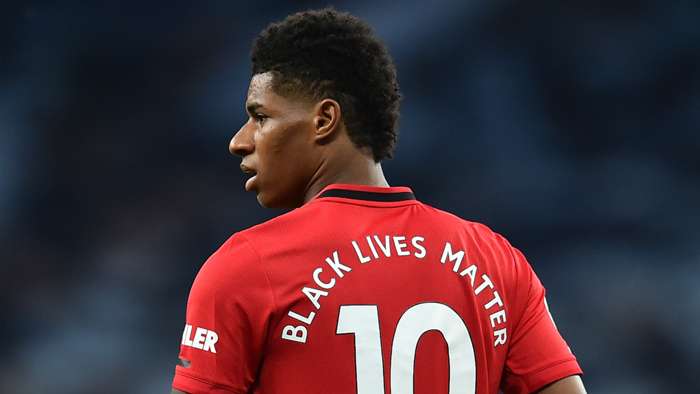 Marcus Rashford has admitted he "could have done much more" for Manchester United in 2019-20, and that he will "have to come back better" when the new season kicks off.

Rashford hit 22 goals across all competitions last term, hishighest tally to date for United, to help Ole Gunnar Solskjaer's side finish third in the Premier League and reach three semi-finals.

However, the England international saw his progress halted when he was sidelined with a back injury in January, and his form dipped significantly upon his return to action post-lockdown.

He only managed to score three goals in his last 13 appearances for United across all competitions, with Anthony Martial and Mason Greenwood stealing the limelight away from him after embarking on impressive scoring runs of their own.

Rashford acknowledges the fact that he ended up falling short of expectations, butis determined to rediscover his golden touch in the final third when the Premier League gets backunderway.

"I missed four or five months and in my mind, I could have done much more this season. But for whatever reason, it didn't happen," the 22-year-old told the PA News Agency .

"I never lose touch with reality and I know next season, I have to come back better than I was last season.

"It was always my dream to play for Manchester United and to play as many games as I have is definitely a proud feeling. But as a player and as a person, it makes me want more and just to keep improving every day."

Solskjaer's men were 33 points adrift of champions Liverpool and 15 behind arch-rivals Manchester City at the close of play last season, but they will be expected to bridge that gap in 2020-21 after qualifying for the Champions League.

Asked if the consistency of the top two sides in England has fuelled United's desire to re-establish themselves as an elite force, Rashford responded:"I think that's natural for anyone who plays for the club or anyone who's from Manchester. We have to use all that as motivation to keep improving as a team.

"But we can't lose sight of what's important, and that's our own team's development and to keep improving. You can find yourself sometimes looking too much elsewhere, but we play our best and we improve most when we concentrate on ourselves as individuals and as a team.

"The manager always wants us to do that and that's the best way to do it."

The Red Devils forward added on the significance of finishing in the top three for only the second time since Sir Alex Ferguson's departure:"It's obviously a big step. The lads worked hard and for me, it's what we deserved as a team. We've had some tough times this season and some times where we've been unstoppable.