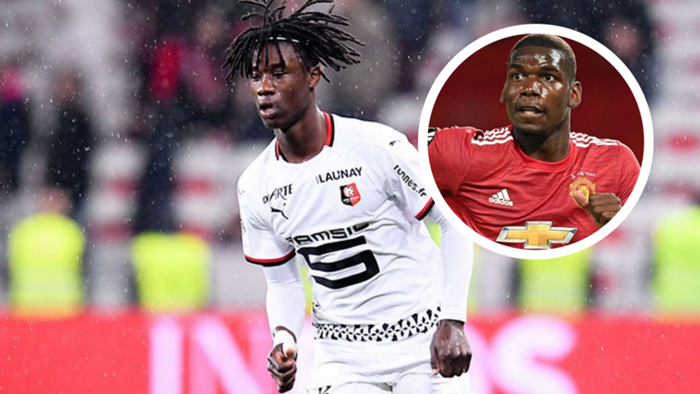 Pogba helped France to the 2018 World Cup title, scoring in the final against Croatia. The ManchesterUnited midfielder will not have the chance to play alongside Camavinga this window, however, after testing positive for Covid-19.

Camavinga, whohas been compared to Pogba,said the 27-year-old is a major influence for him after leading his country to international football's biggest prize.

"I'm inspired by Paul Pogba," Camavinga said."He's a very good player with great qualities. He proved it in the French team, just look what he did: world champion. But I don't really like comparisons."

In addition to Pogba, Camavinga said he is also an admirer of another World Cup-winner who scored in the 2018 final against Croatia.

"KylianMbappehas set the bar very high, but it's a source of inspiration for all young players for sure," Camavinga said of the PSG forward.

The teenager added thathis rapid rise has seen him achieve a dream he's had since he was a child — though he acknowledged that he is not very far removed from his childhood.

"It's a childhood dream, even though I'm still a child," Camavinga said."It would be fabulous for me, for my family to startagainst Swedenor Croatia. It was important to them that I represent my country, it was important for me too. It's something I've wanted since I was a kid.

"I had a very good reception from my France team-mates. The meeting with the players wasvery good. Everyone has been cool with me and I hope it will continue."

Camavingahas started the 2020-21 campaign in strong fashion for Rennes, scoring in Saturday’s 2-1 victory at home toMontpellier.