'I'm worried about Martial' - Man Utd star must become a 'killer' in the box, says Leboeuf 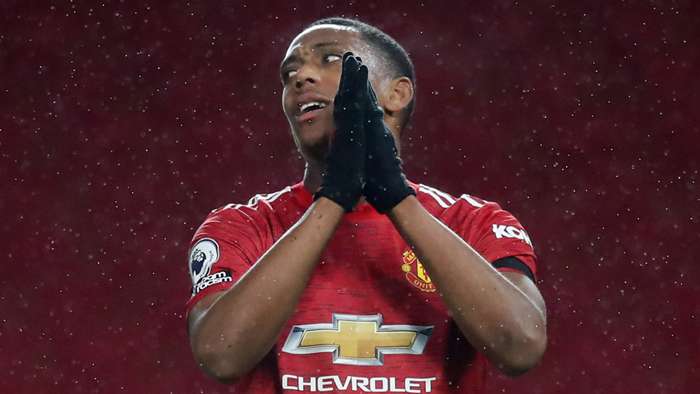 Frank Leboeuf says he's "worried" about Anthony Martial following his poor start to the season, with it his belief that the Manchester United star must learn how to be a "killer" in the box.

The Frenchman was guilty of missing a gilt-edged chance early in the first half as he saw his close-range effort saved by Baggies goalkeeper Sam Johnstone, and generally struggled to affect the game after being asked to lead the line once again by Ole Gunnar Solskjaer.

United ultimately needed a Bruno Fernandes penalty to secure an unconvincing 1-0 victory, with the Portuguese currently pulling away as their leading goalscorer with six to his name from eight top-flight outings.

Martial's only two goals of the season to date have come in the Champions League, and calls for summer signing Edinson Cavani to replace the 24-year-old in Solskjaer's line up are increasing with each passing game.

The Red Devils forwardwas also guilty of wasteful finishing while away with France during the international break as he failed to score in Les Bleus' 1-0 Nations' League win over Portugal despite being played through on goal three times.

Leboeuf is growing more and more concerned by a fellow countryman's lack of form, and has urged him to develop a ruthless streak in the final third in order to become a more potent marksman.

"I’m worried about Anthony Martial. He is a fantastic player and when he’s confident, he is okay.

"He played with the international team and missed three chances against Portugal.

"He missed another chance today. For a world-class player, it was an easy chance.

"He has to be a killer. I’m not pleased with any of those players. What I saw was a poor performance.

"Even West Brom could have scored two goals. It’s not a team who can compete at the top if they perform like that against West Brom.