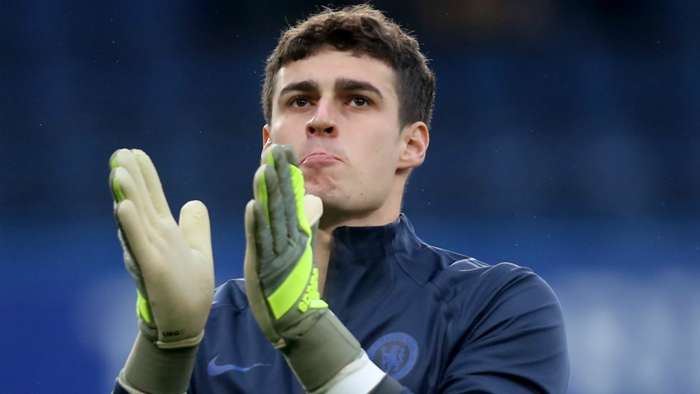 Chelsea will not be rushing to make a new No.1 part of their elaborate spending spree this summer, says Mark Bosnich, with Kepa Arrizabalaga already the world’s most expensive goalkeeper and a man capable of bringing transfer talk to a close with his performances on the field.

The Spain international has failed to convince across his two seasons in English football, with Frank Lampard taking to dropping him down the pecking order as a result.

With questions being asked in a key position, and with the Blues spending big in the current window, it has been suggested that an alternative option between the sticks will be sought.

Chelsea have been linked with the likes of Andre Onana, who has caught the eye at Ajax, Barcelona star Marc-Andre ter Stegen and Rennes custodian Edouard Mendy.

No deal has been done, though, and it could be that Kepa is offered a clean slate at Stamford Bridge in 2020-21.

Bosnich believes a £71 million ($93m) shot-stopper should be given a chance to prove his worth, with the 25-year-old being challenged to perform as “he should do”.

Quizzed by Sky Sports on whether he is surprised that Lampard has not landed another last line of defence, former Blues keeper Bosnich said: “Yes and no.

“I’m a little bit surprised because we talked at the end of last season about it being quite clear that Frank didn’t fancy the goalkeeper.

“No I’m not surprised because of the amount of money that they have spent on all of those other players.

“I’m sure if he could he would go and get another goalkeeper but I’m sure the club will have said ‘hold on a minute, we have spent a record amount on this goalkeeper - let’s give him an opportunity to prove you wrong’.

“If it means they have to go in the middle of the season or the end of next season to get another goalkeeper, so be it. I’m sure that will come into play.

“We have heard that the young goalkeeper who was on loan last season, young Nathan Baxter, will come into the frame as well. He could be the answer, we don’t know that.

“The most important thing for Chelsea is that Kepa performs how he should do and then this talk will just go away.”

While there are still questions for Chelsea to answer in the goalkeeping department, they have invested heavily in other areas of the field – bringing in Timo Werner, Hakim Ziyech, Ben Chilwell, Kai Havertz, Thiago Silva and Malang Sarr.

Lampard now faces a number of selection posers, with Bosnich saying of the challenges facing the Blues boss: “It’s going to be very difficult.

“Regardless of the fact that all of the players they have signed are of true quality, the fact is that you have to make sure there are understandings and knowing what each other’s moves are going to be. That is going to be paramount.

“But in terms of the quality, when you have got the quality that they have signed, then it generally takes a shorter time and can sometimes get you through matches on its own. But when it comes to playing in the really big games, against equally as good teams, those things are going to be very important.