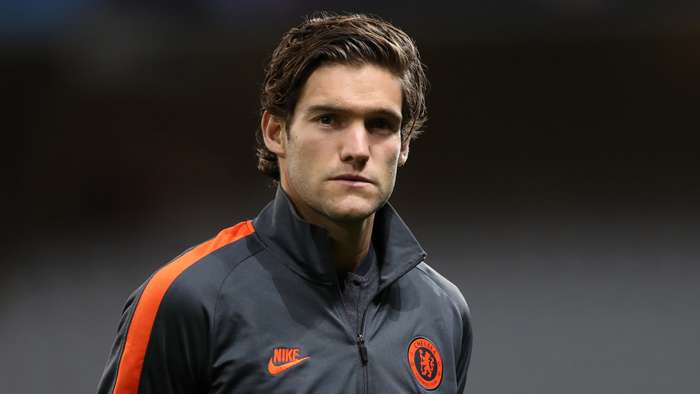 Inter chief executive Giuseppe Marotta has ruled out a move for Chelsea defender Marcos Alonso but says Radja Nainggolan is likely to leave ahead of Monday's transfer deadline.

Alonso, who is out of favour atChelsea after falling out with boss Frank Lampard last week, is seeking to leave Stamford Bridge, and the Spain international was targeted by Antonio Conte's Inter, having also been of interest in January.

Conte had been interested in bringing in fellow left-back Emerson Palmieri from Chelsea on a similar deal, withInter only needing to sign one this summer having agreed a deal to bring in Matteo Darmian from Parma.

However, Marotta has confirmed that Alonso will not be heading to San Siro before the transfer window closes, telling DAZN: "I can say that Alonso is not on our agenda and so he will not arrive."

Inter have also been busy in terms of outgoing activity since the end of last season by moving on a number of fringe players, with Nainggolan expected to be next out of the door.

Former Belgium international Nainggolan spent last season on loan with Cagliari and they are in talks with Inter over a deal worth a reported €12 million (£11m/$14m).

Marotta added:"We cannot keep a player Nainggolan who wants to leave. This will be evaluated with all members of the club."

Cagliari coach Eusebio Di Francesco has confirmed that Nainggolan is keen to return to the club, but is also hoping for further new signings before Monday's deadline.

“Nainggolan is an Inter player, even if he wants to return here and we want him back,” said Di Francesco after a 5-2 away defeat at Atalanta.

“I think we need more new signings to boost the team in other departments."

Inter, meanwhile, took maximum points from their first two matches and Marotta feels they are a better side than they were 12 months ago.