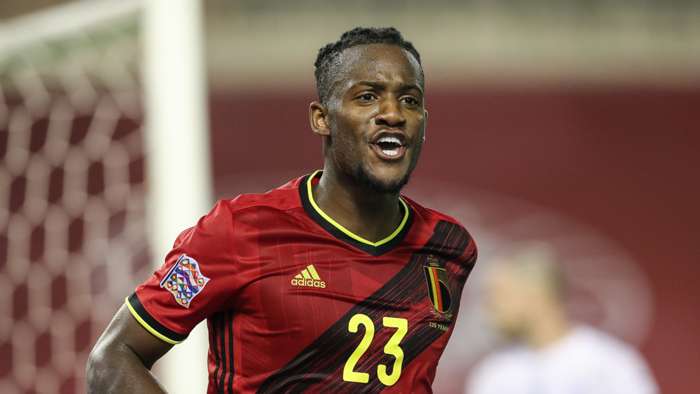 Belgium striker Michy Batshuayi isdesperate to transfer his form for his country to his club after the international break.

The 27-year-old took his tally to 21 goals for Belgium, with five of those coming in his last three games for the Red Devils.

However, it has been a different story in the Premier League withBatshuayi, who is on loan at Crystal Palace from Chelsea, yet to find the net in five games this season.

"Why do I score so easily here? That's a question I ask myself," Batshuayi told RTL Sport.

"It's a bit annoying but I don't think about the past, I'm going forward. Personally, it feels good to score two goals. It shows that I have qualities, I have to try to perform well in the club as in the national team."

Belgium's win was a fortunate one, as they managed a total of seven shots in total compared to Switzerland's 12.

Batshuayi felt it was a challenging game for Roberto Martinez's side, with many of their stellar names rested ahead of their Nations League clash with England on Sunday.

"It was difficult, it's a team that is very physical. We knew that from last year when they eliminated us in the Nations League," Batshuayi added.

"It's a good test match for newcomers and for me. The thing to remember is that there were a lot of new players. They listened very well to the coach's instructions and it really feels good to win this kind of victory."

Belgium were without Real Madrid star Eden Hazard, who recently tested positive for Covid-19, with Martinez disappointed by his absence.

"Obviously we were all delighted to see Eden play in the last three games with his club and starting to look happy and free, being able to score," Martinez told reporters on Tuesday.

"I think we were all looking forward to seeing Eden play for the national team. I think that was good news for the club as well because to be able to play minutes and get games will help his match fitness.