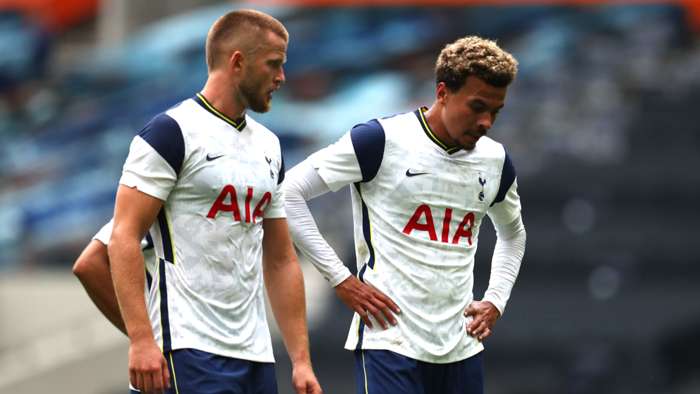 The 24-year-old started last Thursday's Europa League contestagainst Antwerp but was hauled off at half time as the Londoners crashed to a 1-0 defeat.

Mourinho insists the reason for Alli's exclusion is because of the array of attacking stars he has at his disposal - with the likes of Harry Kane, Heung-min Son, Gareth Bale and Lucas Moura all ahead of the former MK Dons player for selection.

However, Dier believes his England international team-mate has the ability to resurrect his career under Mourinho - but his fate is solely in his own hands.

"It’s really up to him to put in the work, the effort, the commitment and I’m sure he will do that.

"That’s who he is, he’s always had that drive. It’s up to him, it’s in his hands and it’s in all of our hands.

Tottenham are flying high in third position on the Premier League table, two points behind leaders Liverpool after seven matches.

Dier intimated that Spurs feel they could be leading the title race but the team was pleased with their start to their campaign.

"We’re happy with where we are but we could be happier," Dier said. "If you look at some games - the Newcastle game with the penalty was very difficult to understand.

"The Everton game wasn’t acceptable and then the West Ham game wasthe same, it was really frustrating to be 3-0 up and it was really important for us to get off the mark at home, get the win.

"Obviously we’ve improved massively away from home which was really our downfall last season.

"It’s great to be up and running with a win at home now and we’ll just look to keep working hard, keep pushing forward.