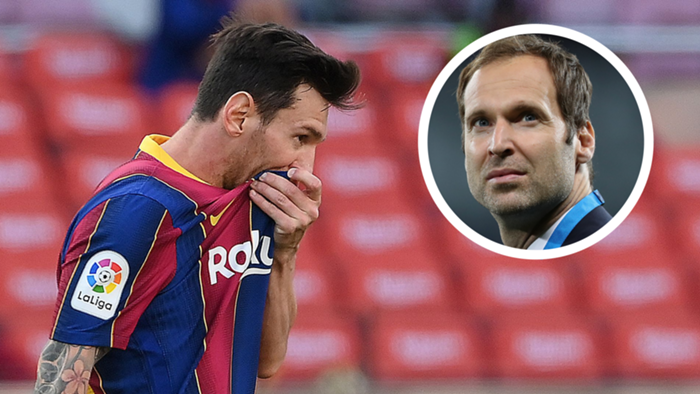 Petr Cech has opened up about his former Chelsea side's long-term rivalry with Barcelona and their efforts to stop Lionel Messi.

The two styles led to gripping encounters and very close matches in the knockout stage of Europe's elite competition. Cech, who was in goal for the Blues throughout that period, is now working as Chelsea's technical and performance advisor alongside being an emergency goalkeeper in Frank Lampard's squad.

He played in each of the matches and had a remarkable record of never conceding to Messi. Ultimately, Messi scored past Cech but when he was an Arsenal player, and the keeper opened up about his attempts to stop arguably the world's greatest ever footballer.

“It took him a long time to score past me – 10 games in fact as I was an Arsenal player when he eventually did," Cech told Chelsea's matchday programme ahead of the Blues clash with Rennes.

"He missed penalties, I made saves, he hit the post,but he never scored past me at Chelsea. It was a pleasure to keep a clean sheet against him. When he had the penalty in the Nou Camp in 2012, that was a defining moment.

"I was thinking about what he could do, what he would do. So my strategy was to wait and wait until I could see where he was going to hit it. So when I moved the way he was going to strike the ball, he knew he had to go high to beat me - but he went too high and it struck the bar.

“That game, in general, was huge. When you’re 2-0 down at the Nou Camp with 10 men and it’s still the first half, you’re thinking it’s going to be a long, long night. My friends who were at the game said after that they had discussed the one position they wouldn’t want to be in on a night like that and they agreed it was the goalkeeper.

"It could’ve got ugly as we’ve seen so often for teams in those situations at the Nou Camp against Barcelona.”

Chelsea hung on in 2012 as Messi missed his penalty and John Terry was sent off, with Fernando Torres rounding off a semi-final win over Barcelona in the last minute to win the tie 3-2 on aggregate. Ultimately, the Blues would go onto beat Bayern Munich in the final on penalties.

Still, with the highs came the lows for Chelsea against the Catalan side and Cech remembered how a 17-year-old Messi scared the life out of his side in 2006.

“It was when Lionel Messi was announcing himself," he added. "He was only 17 years old, but everyone could see what a talent and a threat that he was. He got Asier Del Horno sent off in that game and it damaged us a lot.

"You could see from that, added with the season previous, it was a collection of small moments building into a bigger picture and the rivalry kept growing. Things intensified, especially with Jose being a former Barcelona coach and then being our manager.

"These games just seemed to have everything on and off the pitch. It escalated in 2009 when we were knocked out of the semi-final by Barcelona at Stamford Bridge. We should have had probably five penalties in the game and didn’t even get one before Andres Iniesta scored his late goal. It was painful.