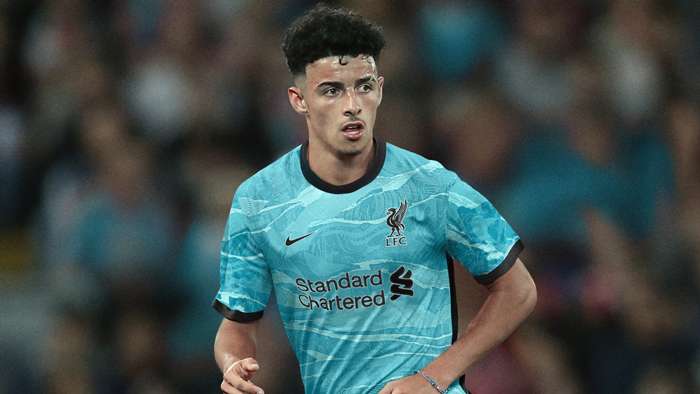 Curtis Jones concedes that he has to walk a fine line between “being confident and being cocky”, but the Liverpool starlet says he will always have complete faith in his ability.

His creative qualities are being embraced by a side that prides itself on out-playing domestic and continental opponents.

Jones has shown that he is up to the task, taking in 21 appearances to date, and still has plenty of potentialto unlock as he welcomes the challenges posed by fierce competition for places.

The talented teenager believes that he is capable of becoming a key man for the Reds, with there no fear in his game, but is also aware of the need to remain grounded after earning a big break.

“I've never doubted myself, no. I've always believed in my ability and I always will.

“I'll always believe in myself to know that anybody that I'm up against, if you get the better of me in one game, then there's only one thing on my mind: the next game when I play against you, I'm going to beat you, it'll literally be me for the whole game playing against you.

“There's being confident and being cocky – I think there's a fine line in between that. I don't want to have people think that I'm going over that.

“Yeah, there's been times when my confidence is not as high but the last thing I'll ever do is doubt myself.

“Off the pitch, a lot of people know me for just being like a humble kid. I'm just humble, relaxed, I'm chilled, I'll speak to anybody. I'll just try to be how I was brought up to be. I would never change.

“Obviously I'm still a little bit loud and can have a laugh, but I don't walk around confident and act how I am on the pitch.I'm different off the pitch.”