Juventus match-winner Morata can be one of the world's best strikers, says Pirlo
Match

Juventus match-winner Morata can be one of the world's best strikers, says Pirlo 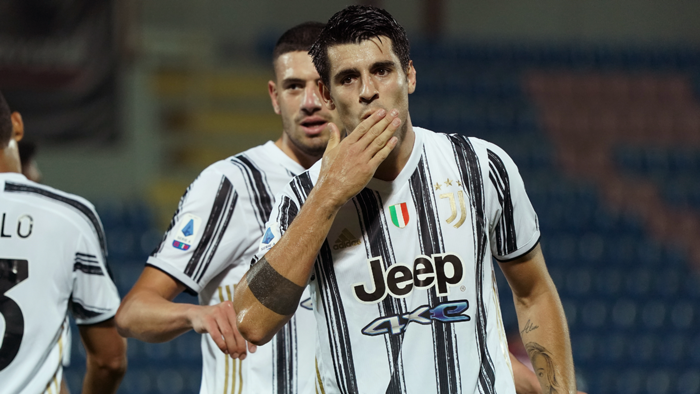 Alvaro Morata can become one of the world's best forwards, according to Juventus head coach Andrea Pirlo.

The Spain forward's haul of five goals in four Champions League games this season equals his best tally in a single campaign in the competition, having managed five in 12 for Juve in 2014-15.

Pirlo believes Morata, who has seven goals in 10 games this season, can be among the world's best.

"He's a strong player, he just needed consistency and confidence," he told a news conference.

"If he's well mentally then he can do anything, he can become one of the best strikers around. If he trains well, if he's in good shape and he plays and he scores,he's a fundamental player not just for Juventus but also for his national team.

"We work to put him in the best condition, and then he is good at finalising what he does on the pitch."

But Morata's big chance conversion – 100 per cent – is better than both Haaland (71.4) and Rashford (80), while his shot conversion rate, excluding blocks, is also better than that duo.

"You don't always have to play well to win, but if you play well usually you win," Pirlo said.

"We had some difficulties, especially in terms of approach to the game. I had asked for a different attitude at the beginning of the game, because we knew the difficulties we would have faced.

Manchester United are planning on sanctioning a loan switch for Facundo Pelli...
More