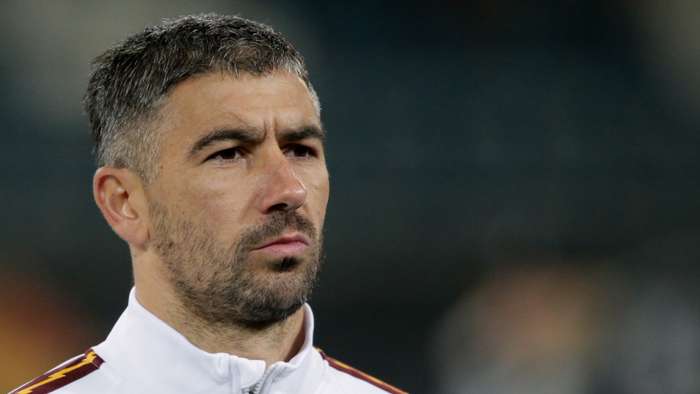 New Inter signing Aleksandar Kolarov has revealed that there is no secret behind his outrageously powerful left-footed shots, stating that the force he is able to generate is achieved purely through practice on the training field.

Kolarov, who recently swapped Roma for San Siro, once knocked out a referee during his time at Lazio, unleashing a drive from outside the box with such ferocity that players quickly scrambled to check on the official as he collapsed in a heap on the pitch.

Former Napoli man Ezequiel Lavezzi also found himself in a similar position following that incident, having put himself on the line by jumping to head clear a Kolarov free-kick during a match-up between the two Serie A sides.

“Just practice,” the 34-year-old said of his power in a video released by the Nerazzurri. “Yes, I’ve got a powerful shot, but it needs a lot of work on the training ground. I always work hard in training, and I'll be working on this too.”

Being a fine striker of dead balls are not the Serbian's only attribute, however, with his positional versatility having seen him deployed at centre-back, left-back and even on the wing across his his career – a trait that will no doubt have been of interest to new boss Antonio Conte.

“Recently I’ve been very happy in the left centre-back role, and in my final months at Roma I was playing there,” Kolarov said.“But I also played in that role at Manchester City as part of a back four, so I’m comfortable there, and since Inter are a side that almost always have possession of the ball, I could fit into that role really well here.”

On working with Conte, he added: “Of course that was a big factor: when he came to England with Chelsea he won the title straight away, and after arriving here last year, he has completely changed the face of this club.

“I’ve been close to joining Inter on a few occasions but now I’ve finally arrived. It was an easy decision for me: when I received the call from the club I didn’t think twice about joining, and I gladly accepted the offer.

“I already know a lot of the players here, we’ve played against one another numerous times, and I got a really good impression, I can’t wait to meet them all.”