Lampard: No sympathy for Gerrard at Rangers, he doesn't need it 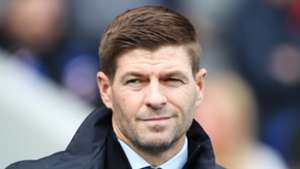 Chelsea manager Frank Lampard says that he has no sympathy for Steven Gerrard's position at Rangers... because his former England colleague doesn't need it.

The contemporaries were formerly rivals at international level, with much dispute as to whether they could play together in the same team, and both are taking their formative steps as managers.

Lampard is currently at Stamford Bridge after a successful spell with Derby County, while Gerrard finds himself at Ibrox but is under pressure after a run of form that has seen the Gers slip 16 points behind rivals Celtic, albeit with a couple of games in hand.

"We all have the same pressures however it might look from the outside," Lampard said. "So, I'm not talking about 'sympathy' because we're both tough. I know Steven and he's a hard lad. I mean that in a good way.

"I don't want sympathy and I'm not going to hand sympathy or lessons or talks to Steven."

Former Liverpool team-mate Robbie Fowler, meanwhile, has hit out at the suggestion the Champions League winner's future should be under question, despite back-to-back losses against Hearts and Hamilton - the two bottom sides in the Scottish Premiership.

"Nothing should surprise me in football any more, but my mate Steven Gerrard -supposedly under pressure at Rangers? C'mon!" he wrote in the Daily Star.

"Social media has much to answer for when it comes to some of the nonsense that is being spouted these days.

"Even from a distance, I can sniff out the rubbish. Like the suggestion he's lost the players. Absolute rubbish. Honestly.

"I don't have to speak to him to know that's wrong, hopelessly wrong.

"I watched how Rangers played against Braga in the last round of the Europa League and I could see a team that has got every ounce of belief in what the -boss is doing. They have clearly bought into what he wants.

"The performances in Europe have been outstanding - and maybe they are paying the penalty for that a little in the league."

Rangers travel to Ross County on Sunday seeking to arrest their poor form before meeting Bayer Leverkusen at Ibrox in the Europa League on Thursday.