Lampard: Rashford deserves all the credit for his off-field work
Match

The Gunners have found a new centre-back targetArsenal will make a formal offer for RB Leipzig defenderIbrahima Konate in the coming weeks, according toTodoFichajes.Mikel Arteta...

Edinson Cavani may be the subject of an investigation from the Football Association after allegedly using a racially offensive term in a social media post.The Red Devils were 2-... 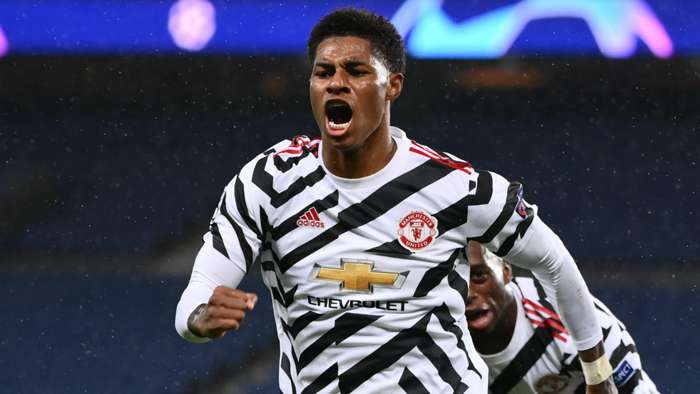 Chelsea manager Frank Lampard was full of praise for Manchester United star Marcus Rashford in the wake of the forward's campaign to provide food for in-need children.

He has also earned acclaim from the sporting community for his campaign to feed children from low-income backgrounds through free school meals.

Although his proposals have been rejected by the UK Government, a host of private businesses have stepped in to fund the young striker's plan.

Lampard has been impressed with the work done by the England international in recent months, offering his support to Rashford ahead of this weekend's meeting between their two teams.

"He is a fantastic player, a fantastic talent. It is great to see young players with personality and a voice speaking up about things he cares passionately about," Lampard said.

"I absolutely commend him for that. There's a group of players in the Premier League now who are that sort of age who are speaking up.

"It doesn't matter who you play for, when people speak out like he does, I think it is a fantastic thing and he deserves his credit for it."

With a clash againstRashford's Man Utd looming, Lampard said he doesn't look to compare himself withOle Gunnar Solskjaer despite similarities in their role as club legends trying to rebuild their clubs to challenge for titles.

Like Lampard, Solskjaer came in torebuild United after a rare lull in both clubs' recent history, and both are aiming to get their sides back in contention to compete with Liverpool and Man City at the top of the table.

Lampard has had six months less time to stamp his authority in west London and a transfer ban to contend with, but he has also spent £220 million ($275m) this summer which has added to the pressure.

Ahead of the clash at Old Trafford on Saturday, Lampard detailed his relationship with the Norwegian coach.

"I have got a good relationship with him in that when we play against each other, I am very cordial and we shake hands. We wish each other the best and generally mean it," Lampard said.

"I know Michael Carrick very well from my playing days, of course. I have a really good relationship with him. In terms of similarities with Solskjaer, every Premier League manager will have their own issues, story, problems to find solutions for so I don't draw a line between Ole and me.

"He has his squad, I have mine and we have different and similar pressures. I haven't analysed those at all. I understand the pressures for managing clubs of the sizes we manage. I respect him for that and that's as far as it goes, I suppose."

Both sides have two wins this season but have dropped points in key matches as they aim for a run of form to haul themselves up the table.

The good news for Chelsea ahead of kick-off is that they have a clean bill of health ahead of the upcoming match aside from the long-term injured Billy Gilmour and Kepa Arrizabalaga.

Lampard went into more detail on Kepa's injury, amid a bad run of form for the Spain international, as he prepares to play new signing Edouard Mendy at Old Trafford.