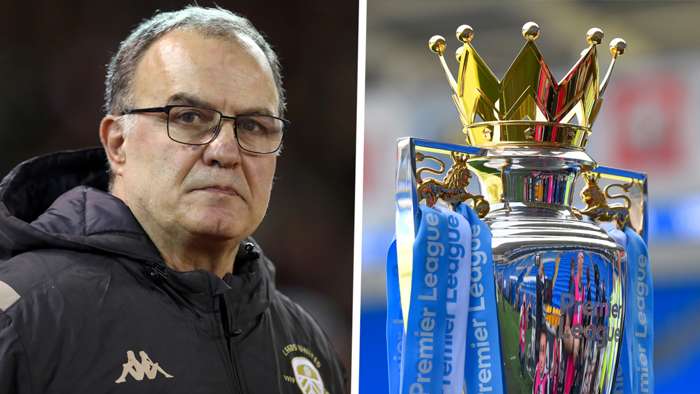 Leeds United owner Andrea Radrizzani says the club are aiming to challenge the Premier League's top six within the next three years.

The Whites returned to the top-flight after a 16-year absence by winning the Championship last season, having narrowly missed out on promotion in 2018-19.

Marcelo Bielsa has worked wonders since taking the top job at Elland Road two years ago, instilling fresh belief into a squad that had previously been devoid of confidencewhile successfully implementing his own philosophy on the pitch.

Leeds will mark their return to the top-flight with a glamour fixture against reigning Premier League champions Liverpool at Anfield on Saturday, andRadrizzani is hoping that they can start building towards a bright future by avoiding an immediate return to English football's second tier.

The Italian businessman wants to seethe Whites gradually make their way up towards the top half of the table over the next few years, as he told the Associated Press:"I hope we can stay in the Premier League for two years.

"After that first cycle of two years, I think we will be ready to step up and close the gap with the bigger teams. Obviously, my objective, if I look at a period of three, five years, is to be just behind the top six."

Leeds have spent over £50 million ($65m) on new players during the current transfer window, with £30m ($39m)spent on club-record signing Rodrigo, who moved to Elland Road from Valencia last month.

The Yorkshire based outfit have also been linked with the likes of Edinson Cavani and Julien Draxler, butRadrizzani is wary of disrupting the harmony within the dressing room by making too many changes.

Asked if there will be any further arrivals at the club this summer, the 46-year-old added: "For sure we can invest more, but I think we need to be sensitive about how to go because it´s not always guaranteed that money brings results.

"You have seen last season Aston Villa investedand didn't get relegated in the last game. So good for them, but they were very close. On the other side, Sheffield United invest less and were nonth. So, football is not just about money, it´s about the project and the style to play, the cohesion of the players, the motivation, the mental approach to the game.

"We work at the moment to select players that fit with our system and they fit with the demanding process that Marcelo Bielsa has in place. We chose a lot of hard workers,commitment and discipline, respect. So we identify players that match with this characteristic. We need to be very careful."

Radrizzani went on to dismiss any possibility of qualifying for Europe or emulating Leicester's 2015-16 title winners in the near future, as he added: "It´s impossible. It would be wrong to do it because there is no foundation to do that.