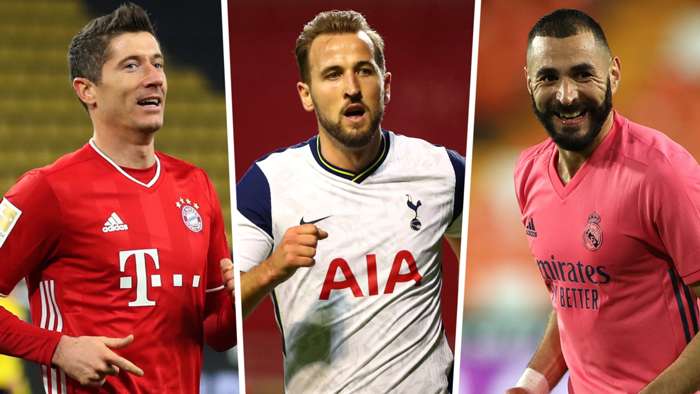 Harry Kane is “the best striker in world football bar none”, says Andros Townsend, with the Tottenham frontman considered to be posting numbers in the Premier League that Robert Lewandowski and Karim Benzema would struggle to emulate.

Many have placed a star turn on Spurs’ books among the global elite for several years now.

Kane has been a model of consistency in north London, with his remarkable return allowing his current club to remain competitive across multiple fronts.

He has recently passed the 200-goal mark for the club and 150 in the English top flight, while also being captain of his country.

Townsend believes no other forward gets close to the 27-year-old, with leading marksmen on the books at Bayern Munich and Real Madrid told they would be unable to match Kane’s efforts in one of the most demanding divisions around.

The former Spurs winger, who graduated through the same academy system as Kane, told talkSPORT: “For me, he’s the best striker in world football bar none. I think he is very underappreciated.

“People love to speak about the Lewandowskis and Benzemas, but if those guys came to the Premier League they would not hit the numbers that Harry Kane has been hitting on a consistent basis.

“I saw the other day that on average he is scoring 26 goals a season, which is incredible.”

With time still on his side, it has been suggested that Kane could one day chase down Newcastle icon Alan Shearer at the top of the Premier League’s all-time leading scorer chart.

He is well short of that mark at present, with the bar set at 260 efforts, but Townsend believes an ambitious performer will have a slice of history in his sights.

“Every time he goes into training, he is thinking about breaking that all-time goal scoring record.

“That’s what Harry Kane is like, he is very determined, very focused, and if he sets his mind to something, eventually he will get it.”