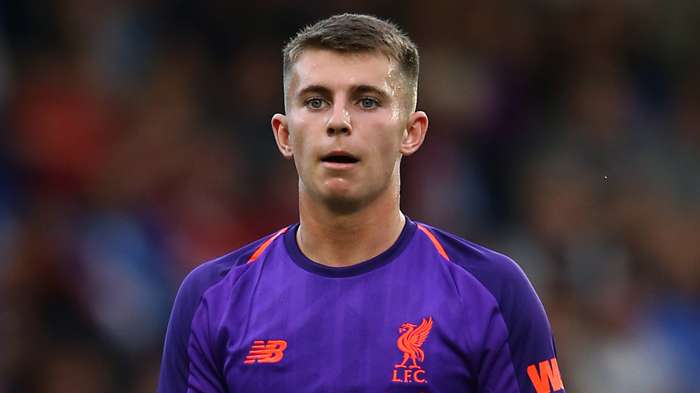 The 20-year-old has agreed to move to the Eredivisie side in a bid to relaunch his career, following spells with Sheffield United and Oxford in the past two seasons.

Woodburn became the youngest goalscorer in Liverpool’s history when netting against Leeds in the League Cup in November 2016, aged just 17 years and 45 days.

At that point, the attacking midfielder was viewed as one of the brightest prospects to emerge at the club in many years. He had made his Premier League debut as a late substitute against Sunderland three days previously, and would finish the 2016-17 campaign having made nine appearances in total, including a first league start away at Stoke in April 2017.

He would make two further appearances the following season, and would mark his senior international debut for Wales in stunning fashion, netting the winning goal in a World Cup qualifier against Austria in Cardiff.

For the 2018-19 season, Woodburn was loaned out to Sheffield United, then in the Championship. He would, however, struggle to win a regular place at Bramall Lane, making only eight appearances before returning to Liverpool in January.

He was called up, due to an injury crisis, for the Champions League semi-finalsecond leg against Barcelona, and was an unused substitute as Jurgen Klopp’s side produced one of the greatest comebacks in history.

Woodburn departed on loan once more last summer, joining League One side Oxford, but after a promising start at the Kassam Stadium -in which he made 13 appearances and scored once -he suffered a broken foot which kept him sidelined for a number of weeks.

Having gone back to Melwood for his rehabilitation, and on the brink of returning to Oxford, Woodburn then suffered a recurrence of the injury during training with Klopp’s squad, which meant he did not feature again until football returned following the coronavirus lockdown in July.

He was able to play during the League One play-offs, scoring a vital penalty as Oxford beat Portsmouth in the semi-finals, but he was only an 89th-minute substitute in the final as Karl Robinson’s side were beaten by Wycombe.

Portsmouth and Ipswich were among those who were keen to sign Woodburn this summer, but the influence of Pep Lijnders, Liverpool’s assistant manager, has been key in securing a move to the Netherlands.

Lijnders gave a glowing recommendation, and believes Woodburn will benefit from some much-needed playing time in a league which Liverpool feel will suit his playing style.

Woodburn, who has been at Anfield since the age of six, has been training and playing with Barry Lewtas’ under-23 squad at Kirkby during pre-season. He played an hour of the 4-0 win over Huddersfield B at the Academy earlier this week, but is understood to be keen to get out and play having seen his last two loan spells fall flat after bright starts.

Liverpool are expected to loan out another youngster, goalkeeper Kamil Grabara, with Greek outfit PAOK favourites to land the Poland under-21 international.