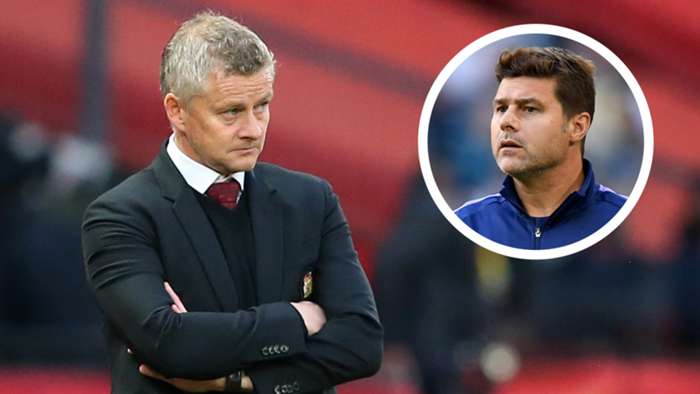 Manchester United legend Rio Ferdinand has slammed the club’s links to Mauricio Pochettino, with the former defender claiming no talks have been held and that Ole Gunnar Solskjaer deserves more respect.

There have been a few too many of those of late, leading to Solskjaer seeing his position called into question.

A 3-1 victory over Everton last time out appears to have eased some of that pressure, but links to the likes of ex-Tottenham boss Pochettino continue to do the rounds.

Ferdinand is disappointed to see a coach doing the best he can with an inconsistent squad facing more unwelcome rumours, especially as he sees no substance to such talk, with everyone in the United camp – on and off the field – pulling in the same direction.

“The pressure was absolutely on this team and the management, they went out there and produced.

“In the media, there’s been bit of disrespect to Ole Gunnar Solskjaer to be honest. People touting about that Pochettino has been spoken to.

“I’ve got it from a really, really, really good source that there’s been no conversations and they wouldn’t disrespect Ole Gunnar Solskjaer in that manner. I feel like that should be addressed.

“We can all say ‘so and so will be good or better’, that’s just part of the game. But to say someone has been spoken to and is coming in imminently, when it’s not true, I think that’s out of order.

“The man is in the job and his team have found a knack of always pulling a result out when they need it and this was no difference, they were solid.”

Having made a welcome return to winning ways, United have the international break to devise a plan that will allow them to build much-needed momentum.