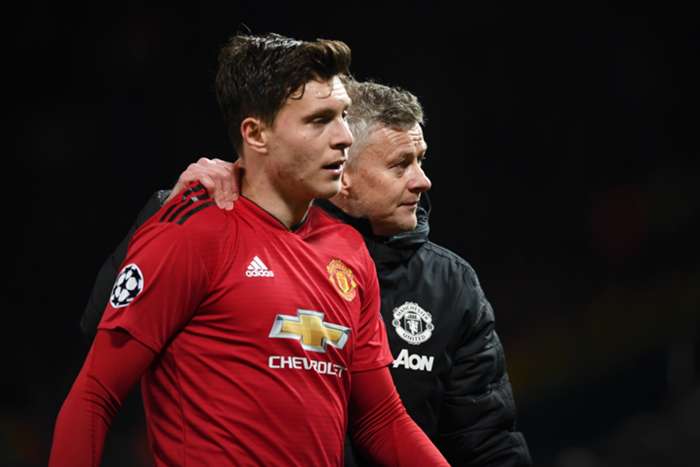 Manchester United defender Victor Lindelof has opened up about how he came to apprehend a thief that attempted to steal a bag belonging to his 90-year-old aunty.

While stayingin the Swedish town ofVasteras, Lindelof saw his elderly relative have her bagsnatched by a would-be robber on a bicycle late last month.

Rather than stand idly by in shock, however, the 26-year-old sprung into action as he successfully chased down the thief and held him in placeuntil police arrived.

While Lindelof's action sounds like something straight out of a movie, the man himself downplayed his involvement, stressing it was a natural instinct to get justice for his helpless aunt.

"I did not think much.I just wanted to help myaunt get her bag back," Lindelof told Sport Bladet.

Unsurprisingly, Lindelof's aunty was very thankful for her nephew's action and told local media she plans on inviting him to lunch in appreciation.

As it stands no meal has been arranged with the coronavirus pandemic making any close contact with the elderly aunty difficult.

"I have not had any contact with her, unfortunately.I think it was my brother who showed that she did an interview and invited me over for lunch," Lindelof said.

"We will see if itcan happenbefore I go back, but it will probablybe a little difficult during corona times."

"It is downright evilto rob90-year-old ladies, but if that happens now, it is good that there are guys like Victor with civil courage,high morals and a lot of emotions," Andersson said.

"Victor is a sensitive guy so when he sees this I understand that he reacts as he did. Fantastically well done.