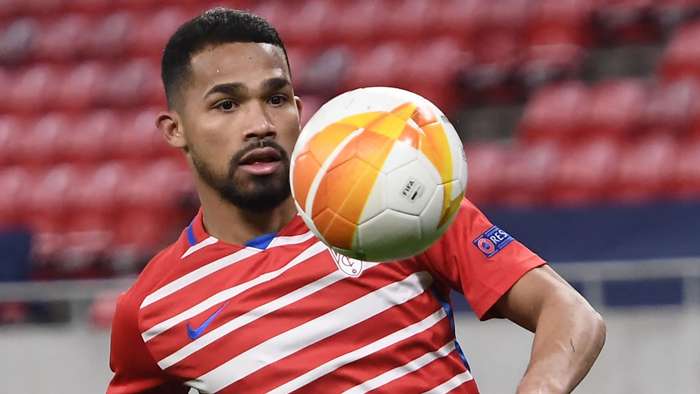 Manchester City are keeping a track of on-loan Granada star Yangel Herrera with the possibility of bringing him into Pep Guardiola’s first-team squad next season.

Premier League rivals Southampton and West Ham and a number ofLiga clubs are also monitoring the situation of the Venezuela midfielder, whose two-year loan ends in the summer.

The 22-year-old has been in outstanding form for the Spanish club this season and has the chance to show his potential when Granada face Manchester United in the quarter-finals of the Europa League.

With veteran Brazilian Fernandinho out of contract at the end of the season and no confirmation of whether he will get a new deal, City could be in the market for a new defensive midfielder this summer.

Like all clubs across Europe, City have been financially affected by the impact of the coronavirus pandemic and on Tuesday posted losses of £126million ($173m) for the 2019-20 season.

City are expected to be in the market for a new striker this summer following the confirmation that Sergio Aguero will leave at the end of the season so keeping Herreracould potentially cut down transfer costs.

Herrera was spotted playing for Atletico Venezuela as a teenager, joined City in February 2017 and had loan spells at sister club New York City FC and SD Huesca before spending two seasons in Granada.

After signing a City contract extension through to 2024, he has become a key part of Granada’s side, helping them become established in the top half of La Liga after theirpromotion in 2019.

Comparisons have been drawn with Douglas Luiz, who left City because of work permit issuesbut has shown his quality at Premier League rivals Aston Villa.

Former Arsenal and City player Patrick Vieira is seen as one of the best defensive players in Premier League history and was full of praise for Herrera when he was his coach at New York City FC.

“He’s a tactically intelligent midfielder who is strong in the tackle and reads the game well,” the Frenchman said.“Yangel also has good passing range and spatial awareness, which is crucial for a player in his position.”