Messi’s Barcelona heartbreak revealed: From his son's tears, to refusing to go to trial - full truth behind 'brutal' transfer saga

Messi’s Barcelona heartbreak revealed: From his son's tears, to refusing to go to trial - full truth behind 'brutal' transfer saga 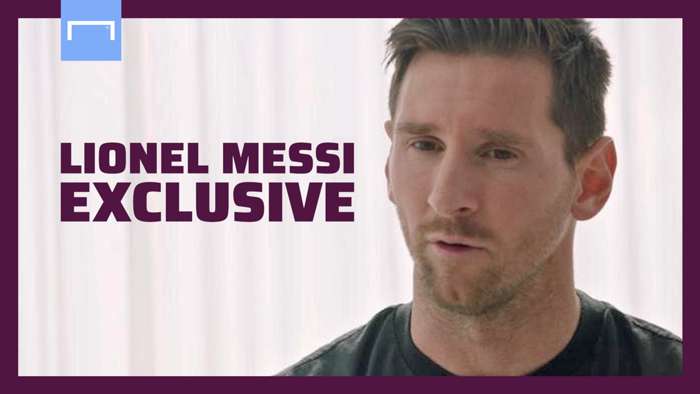 Lionel Messi has revealed the heartbreak of his decision to leave Barcelona – and why he ultimately chose to stay with the club in a world exclusive with Goal.

The 33-year-old, who has spent 20 years at the Catalan club, dropped the bombshell news on Barcelona in late August that he intended to leave on a free transfer.

However, Barca refused to recognise the break in his contract, as they claimed the moment for using it had passed in June, and so a stalemate began in which the Argentina international tried to find a way out.

However, Messi has accepted he must stay at Camp Nou to avoid dragging his beloved club to court, but not until after a desperately sad couple of weeks.

“When I communicated my wish to leave to my wife and children, it was a brutal drama,” Messi told Goal.

“The whole family began crying, my children did not want to leave Barcelona, nor did they want to change schools.

“But I looked further afield and I want to compete at the highest level, win titles, compete in the Champions League. You can win or lose in it, because it is very difficult, but you have to compete.

“At least compete for it and let us not fall apart in Rome, Liverpool, Lisbon. All that led me to think about that decision that I wanted to carry out.”

However, that ambition to accept a new challenge was thwarted by Barcelona president Josep Maria Bartomeu, whom Messi claims reneged on a promise he could leave

“I thought and was sure that I was free to leave, the president always said that at the end of the season I could decide if I stayed or not,” he said.

“Now they cling to the fact that I did not say it before June 10, when it turns out that on June 10 we were competing for La Liga in the middle of this awful coronavirus and this disease altered all the season.

There was only one way out if Messi was to leave: taking Barcelona to court. But the six-time Ballon d’Or winner refuses to take that route, and so will remain at the club for another 10 months.

“There was another way and it was to go to trial," he added. “I would never go to court against Barca because it is the club that I love, which gave me everything since I arrived.

“It is the club of my life, I have made my life here.

“Barca gave me everything and I gave it everything. I know that it never crossed my mind to take Barca to court.”

Messi opened up to Goal on the heartbreaking conversation he had with his son, Thiago, who didn’t want to leave, while praising his wife Antonella for standing by his side through all of the backlash for his desire to leave Barca.

“Mateo is still little and he doesn't realise what it means to go somewhere else and make your life a few years elsewhere,” he said.

“Thiago, he is older. He heard something on TV and found out something and asked.

“I didn't want him to know anything about being forced to leave, to have to live in a new school, or make new friends.

“He cried to me and said ‘let's not go’.I repeat that it was hard, really.

“It was understandable. It happened to me. It is very difficult to make a decision.

“I love Barcelona and I'm not going to find a better place than here anywhere. Still, I have the right to decide. I was going to look for new goals and new challenges. And tomorrow I could go back, because here in Barcelona I have everything.

“My son, my family, they grew up here and are from here. There was nothing wrong with wanting to leave. I needed it, the club needed it and it was good for everyone.

“My wife, with all the pain of her soul, supported and accompanied me.”