Messi is still in the Barca WhatsApp group - De Jong 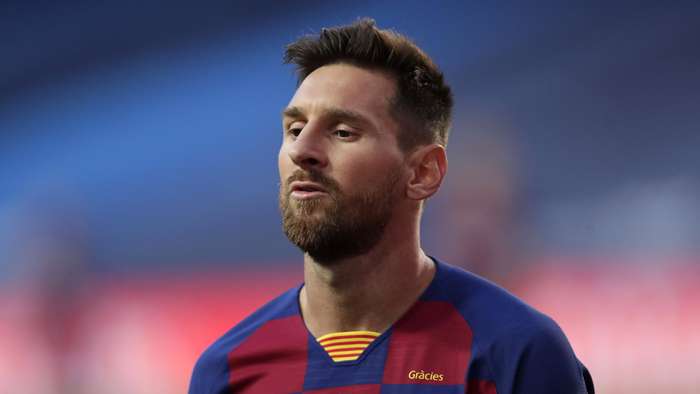 In the week since Messi's announcement shook the football landscape, he has done little to walk backthat initial request as he reportedly continues to insist that his time at Barca is over.

The club, meanwhile, have been determined to hold onto their star while La Liga backed Barca by stating thatMessi can only leave if his €700 million (£624m/$823m) release clause is met or if another club negotiates a lower transfer fee with the Camp Nou outfit.

Messi has already skipped the start of the club's pre-seasonas the forward and his team believethathis contract has expired, meaning that he is free to do as he pleases and join another club.

De Jong says that, as far as he is concerned, Messi remains a part of the group, even if he has not been a part of the start of 2020-21 training.

"I hope that Messi is still there when I get back, but that is not something that is up to me. He's still in the group chat," the midfielder told Fox Sports.

"I'm not anyone to talk about it with him, I'm sure he has many people around him doing that these days."

De Jong joined Barcelona last summer, having broken through at Ajax throughout the club's run to the Champions League semi-final the season prior.

The midfielder made the move to the Camp Nou for a€75m (£65m/$85m) fee, making 42 total appearances for the club in all competitions.

De Jong is currently with the Dutch national team, which recently saw Ronald Koeman depart his role as head coach to take over as Barcelona boss.

The midfielder has earned 15 senior caps, having scored one goal for his country so far in his young international career.

Under interim boss Dwight Lodeweges, the Netherlands are set to take on Poland and Italy in the UEFA Nations League this week.